Danville’s Industrial Development Authority and The Alexander Co. are teaming up to redevelop the city’s White Mill on the Dan River as a mixed-use commercial and residential project, with $62.5 million invested in the first phase, city officials announced Monday.

Local officials have long been seeking developers for the site. Interest in the building, which once housed part of the defunct Dan River Mill’s manufacturing business, grew with the city’s approval of the Caesars Virginia casino project last year.

According to city officials, the White Mill redevelopment will feature 110,000 square feet of commercial space and 150 apartments in the first phase, set to be completed in the summer of 2023, the same timeline as the casino. Another 100 apartment units are planned for the future, as well as restoration of the covered bridge that spans the river from the White Mill to the former Long Mill site, a whitewater feature on the canal on the south side of the mill, and an extension of the Riverwalk Trail along the river.

“This is a transformational project for our city, and it is only fitting that we make this announcement nearly 100 years after construction was completed on this building, which served as Dan River Mill No. 8, but we know better simply as the White Mill,” Danville Mayor Alonzo Jones said in a statement. “With this partnership in place, we celebrate new life for this historic building that will serve us for the next 100 years.”

The 150 apartments will be different styles, with one to three bedrooms and some lofts. The first floor will be reserved for commercial space. The building will also feature 219 below-ground parking spaces for tenants.

Danville’s parks and recreation department will oversee the surrounding four-acre Riverfront Park, which is in the fundraising and engineering phase.

There will be an “urban splash pad” with a small performance area, playground and access to the river. The IDA will use grants to refurbish the bridge, removing asbestos and metal panels, so it can be used as a pedestrian bridge. The whitewater channel will allow people to go tubing, paddling and other water activities, including river rescue training.

“We’re excited to have found a path to activate the White Mill as part of a redevelopment plan that embraces its prominent setting along the Dan River, and are eager to continue our partnership with the city of Danville and its development authority to realize that goal,” Joe Alexander, president of The Alexander Co., said in a statement.

The Alexander Co., which is based in Wisconsin, first expressed interest in purchasing the mill in 2019, agreeing to an option with the IDA to purchase the property for $3 million. The city bought the mill in 2017 from a subsidiary of Gibbs International. Alexander requested a 90-day extension on the option in March, which was granted by the IDA.

Last year, before the city’s negotiations with Caesars were announced, Alexander and Peninsula Pacific Entertainment, the parent company of Colonial Downs and Rosie’s Gaming Emporium, proposed a casino at the White Mill site. 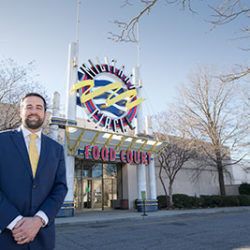 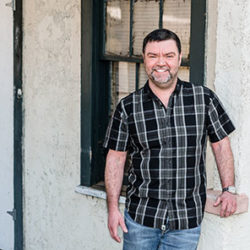