Danville officials plan to create a new zoning district for the Caesars Virginia casino and resort, an option likely to speed up construction.

Designated as an industrial manufacturing zone, the site in Danville’s Schoolfield neighborhood is governed by preexisting land-use rules that could lead to delays in building the $400 million resort, which is scheduled to open in 2023. Currently, regulations limit building heights and signage that are part of the Caesars plan.

“We thought, ‘What’s the best way to both have a constructive conversation with Caesars about realistic zoning rules and meet our aggressive timetable?’” explains Doug Plachcinski, the city’s planning director. “So, the most expedient method was creating its own zoning district.”

In March, Plachcinski met with Danville City Council members during a work session to get an idea of what they hope to see written into an ordinance forming the new zoning district. The district would set policy regarding buildings, open space, parking, signage, entrances, landscaping, lighting and buffers.

For Councilman Lee Vogler, it’s imperative that Caesars Virginia not be hamstrung with unnecessary restrictions.

“I think the phrase we kind of kept saying is, ‘We don’t want to handcuff them,’” Vogler says. “Give them the opportunity to do what they feel is best for them and what would be best for Danville, rather than right off the bat telling them what they can and can’t do.”

Plachcinski was open to the feedback.

“My takeaway from City Council is: Make sure that if we have regulations, we have them for a reason,” Plachcinski says. “Make sure that the development respects neighbors, and I think that kind of encapsulates the philosophy with writing the ordinance.”

Although Caesars has received a draft of the proposed zoning amendment, a spokesman declined to comment on the text. Up next is a May 4 public hearing and a vote by City Council on whether to adopt the amendment, followed by a public hearing by the city Planning Commission at its June meeting.

If all goes to plan, city councilors will vote in July on whether to rezone the site. 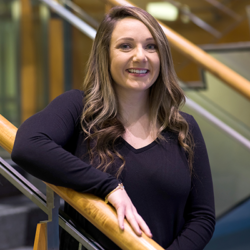