After researching the market for a couple of years, Mike Farless and Chris Joy are getting the ball rolling on their new business, Macerata Wheels LLC. The company plans to begin manufacturing custom wheels starting this fall in Danville. It will produce wheels for cars, motorcycles and pickup trucks. “Eventually, we want to make wheels for anything that rolls,” says Farless, the company’s president. Macerata Wheels plans to create 101 jobs in Danville over the next three years.

Farless says the company was drawn to Southern Virginia by Danville Community College’s precision machining program, which is near Macerata Wheel’s 140,000-square-foot site at 1000 Lockett Drive. “We felt students were being taught to use machines we were going to be using,” he says. “We had a realization almost immediately that this would be a perfect marriage for us to work with them and them to work with us.” The company looked at two other sites — in South Carolina and The Bahamas.

Joy says Macerata Wheels’ products will be longer-lasting than other wheels. If customers’ wheels are damaged, they will be able to replace the broken part instead of replacing the entire wheel. If wheels are completely ruined, customers will be able to order replacements because Macerata’s wheels won’t be discontinued.

The company plans to emphasize the fact its products are American-made. “It’s going to create jobs for American people, so that is going to boost our economy and it’s going to allow us to have more control of the industry,” Joy says, noting that most custom wheels are imported.

Farless and Joy also are establishing Teramo Wheels LLC, which will sell more traditional one-piece wheels. The company initially will import those wheels from China until it can begin manufacturing them. “It’s more of an entry level wheel line that will allow people to have an expensive look without the expensive price,” Joy says.

Farless and Joy plan to sell their products to retail stores and distributors on the East Coast. They also are considering the Caribbean as a potential market. “Macerata Wheels will be the wave of future,” Joy says.  “People eventually can save money and look at a new way of buying wheels.” 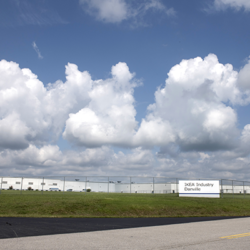 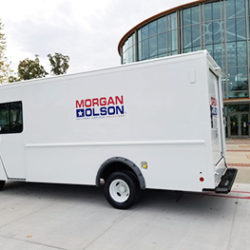 The college partnered with Amazon Web Services and Sumitomo Electric on the event.