MicroStrategy Inc. founder Michael Saylor was sued in August by the city of Washington, D.C., which alleges that he defrauded the nation’s capital of more than $25 million in income taxes. The lawsuit argues that Saylor falsely claimed to reside in Virginia or Florida while instead living in a luxury Georgetown penthouse.

MicroStrategy’s executive chairman, Saylor stepped down as CEO following the Tysons-based tech company’s August earnings report, which tallied a $1.98 billion impairment loss on its bitcoin holdings. Saylor is a major bitcoin influencer on Twitter, and MicroStrategy is the largest corporate holder of the cryptocurrency.

According to the lawsuit, since 2005, Saylor has lived in “Trigate,” his 7,000-square-foot waterfront D.C. penthouse. In 2012, he bought a house in Miami Beach, got a Florida driver’s license and registered to vote there.

Around 2013, the suit alleges, Saylor asked MicroStrategy to begin using his Florida address on tax forms while MicroStrategy provided him with a security detail and transportation in D.C. and was aware of his residency there.

About a year later, according to the lawsuit, MicroStrategy’s then-chief financial officer grew concerned after finding that Saylor spent the majority of each year in D.C. Saylor agreed to reduce his salary to $1, but his compensation remained high because of fringe benefits, the lawsuit says.

MicroStrategy continued to report Saylor’s Florida address on his W-2s from 2014 through 2021, and failed to withhold D.C. income taxes, the lawsuit says, adding, “This was no mere clerical error.”

Saylor and MicroStrategy deny the allegations.

“Although MicroStrategy is based in Virginia, Florida is where I live, vote and have reported for jury duty, and it is at the center of my personal and family life,” Saylor said in a statement.

Under the city’s new False Claims Act, Saylor, who has a reported net worth of $1.6 billion, could be found personally liable for more than $75 million in unpaid taxes and penalties.

The act encourages whistleblowers to report instances of city residents evading tax laws by misrepresenting where they live. In this case, whistleblowers filed an April 2021 lawsuit against Saylor alleging tax fraud. 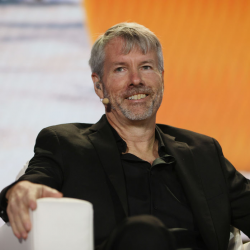 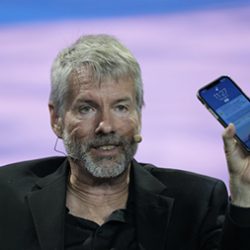