Once home to more than 3,600 people with intellectual disabilities and other conditions, the Central Virginia Training Center property in Amherst County is drawing closer to a different future. In June, Gov. Glenn Youngkin signed into law the latest state budget, which removed $25 million in tax obligations from the 350-acre site, making it more palatable to developers.

With the Lynchburg Regional Business Alliance leading the effort to redevelop the land, “about eight” local, regional and national developers had expressed interest in the parcel as of late June, says Megan Lucas, the alliance’s CEO and chief economic development officer. Declining to name the developers, she estimates that work could begin as soon as two years from now.

First, Lucas notes, the state’s Department of Behavioral Health and Developmental Services, which owns the Madison Heights property, must designate it as surplus land so it can be sold.

“Then we get to work,” says Dena Potter, director of communications for the state’s Department of General Services, which tasks its Bureau of Real Estate Services to research property records and see if another state agency could use the land before offering it for sale. “It could take six months to a year for us to get through the entire process … before a property could be marketed for sale.”

But that process would have taken much longer if the tax debt had not been removed; state Sen. Steve Newman, R-Lynchburg, added a request to defease the outstanding bonds, which would likely have taken more than a decade to pay off, Lucas says.

Preparing for the redevelopment started in spring 2020, when the century-old campus shut down, closing a dark chapter of eugenics-driven government policies in Virginia. The parcel, which overlooks downtown Lynchburg and the James River, holds about 90 buildings, most of which are not in use, and woodlands.

A group of local officials and consultants created a master plan released in April, proposing a mixed-use future for the site, with residential and retail properties alongside office buildings.

Aside from fielding calls from interested developers, Lucas’ team also is getting the word out about the parcel to other East Coast developers. The property, which includes about 110 acres of developable land, is part of a federal Opportunity Zone, which carries significant tax benefits. “Our goal,” she says, “was to determine the highest and best use of the property.”

The expansion will create 15 jobs. 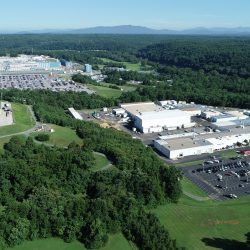 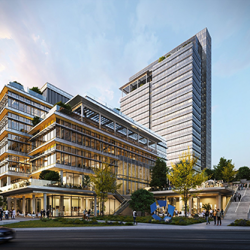