Virginia exceeded 10,000 coronavirus-related deaths as of March 15, one year and one day after the first COVID-19 death was recorded in the state.

Also, 21% of the state’s population — 1.7 million people — have now received at least one dose of a COVID vaccine, according to the Virginia Department of Health. And more than 1 million people in that number have been fully vaccinated, receiving two shots of Moderna or Pfizer Inc., or a single dose of Johnson & Johnson’s vaccine.

Over the past week, the state recorded 9,273 new COVID cases and 377 fatalities, continuing a significant decline since the post-holidays spike. As of March 15, the state has reported 595,865 total cases and 10,060 deaths. The current seven-day positivity rate is 5.4%, an 0.8% decrease from last week.

As the state continues to receive larger shipments of vaccine doses — 399,080 doses in the past week, not including those sent directly from the federal government to pharmacies — more people are getting shots.

State vaccine coordinator Dr. Danny Avula said Friday that the number of people age 65 and older seeking the vaccine is beginning to slow down, and  younger people with underlying health conditions and essential jobs are able to get vaccine appointments now. The state is launching its first mass vaccination events this week in Danville, Petersburg and Portsmouth, administering thousands of doses a day. Funded by the Federal Emergency Management Agency (FEMA), the clinics are expected to open in 13 locations across the state over the next three months and are focusing on communities that have lower numbers of vaccinated people and have seen more cases, hospitalizations and deaths, Avula said.

The Health Wagon and the Virginia Dental Association Foundation announced Monday they have canceled the popup free medical and dental clinic for a second year in Wise County. Formerly known as the Wise Remote Area Medical clinic, the Move Mountains Medical Mission was set to take place July 9 and 10, but the event has been canceled due to the pandemic. The two organizations said in a statement they will begin planning for the 2022 event soon.

The state now ranks seventh in the nation for its percentage of vaccine doses administered, according to data from the Centers for Disease Control and Prevention analyzed by Becker’s Hospital Review.

Last month, VDH launched a statewide vaccine registration website for all Virginia residents who want a vaccine, as well as a phone hotline staffed by 750 employees from 8 a.m. to 8 p.m. All adult residents of Virginia can now register at vaccinate.virginia.gov or call (877) VAX-IN-VA, or (877) 829-4682.

With race and ethnicity information available for only 65.7% of people who have received shots in the state, the majority of shots have been received by white, non-Hispanic people — 70% as of Monday, according to VDH. Black Virginians have received 13.7% of shots, although they make up 19.9% of the state’s population, according to 2019 estimates by the U.S. Census; 5.9% of vaccines were given to Latino residents, who comprise about 9.8% of Virginians.

State health officials have focused attention on equitable vaccination, especially as Latino and Black residents are heavily represented among people who have been infected, hospitalized and died from the coronavirus. Among Virginia’s COVID deaths in which ethnicity and race are recorded, 24.2% were Black, and 6.6% were Latino.

As of March 11, the following health districts have positivity rates of 10% or higher:

Globally, there are 119.9 million reported COVID-19 cases and 2,655,612 confirmed deaths, as of March 15. The United States, which has the most confirmed cases and deaths worldwide, has seen 29.4 million confirmed cases so far, with 534,937 deaths attributed to the coronavirus since February 2020. 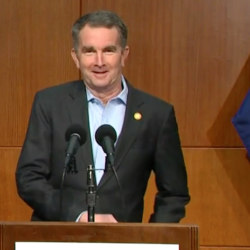