In the coming months, the rubble of a demolished furniture factory on a roughly 70-acre property in Chilhowie will be hauled away to make room for an industrial park.

Smyth County is teaming up with Bland and Washington counties, forming the Pathway Regional Industrial Facilities Authority to create Pathway Park, which will feature rail service and access to Interstate 81.

“Successful economic development and job creation is not confined by borders,” Bland County Administrator Eric Workman says of the tri-county collaboration. “The effects have resounding positive impacts on all surrounding communities in terms of job creation and synergy of economic resurgence.”

Smyth County has owned the park property for several years. It received grants to help demolish the derelict American Furniture factory and plan for new development. The caveat: Grants available to single localities were drying up.

“At the same time, we are winding down a similar regional partnership with Washington County [the Smyth-Washington IFA to develop Highlands Business Park] and felt it was a successful venture,” says Smyth County Administrator Shawn M. Utt. “Add in Bland County’s willingness to partner in these types of projects [and] we felt we had the makings of a great partnership.”

Pathway RIFA has been awarded two $600,000 grants from GO Virginia and the Virginia Tobacco Region Revitalization Commission to help replace the utility infrastructure.

“These two grants would not have been possible if it weren’t for the regional partnership,” Utt says. “These funds will be used to build new water lines, replace a collapsed sewer line that crosses the Middle Fork of the Holston River and help fund a new entrance from Route 11.”

Costs and revenue share from the park are still being worked out by the counties but, Utt says, “realistically, our three jurisdictions will share equally in the costs and equally in the future revenues.”

Once the RIFA is registered with the State Corporation Commission, design work for the sewer and water lines will begin.

“We also have to get with the Virginia Department of Transportation for the entrance road,” Utt says. “As far as breaking ground on the utility work, we hope to have the design work and bidding complete by late summer, with construction beginning later [in] 2022.” 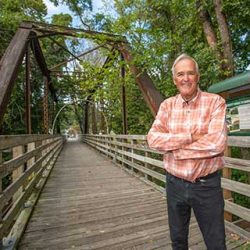 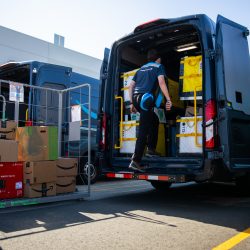