Livek will stay on until his successor is named and then transition to non-executive vice chairman, according to a news release from Comscore. He will keep his role on the board through mid-2024. Comscore’s board will consider candidates to succeed Livek and has engaged Chicago-based consulting firm Spencer Stuart to assist with the search.

“On behalf of the Comscore board, employees and industry, we want to thank Bill for his leadership and successful turnaround of Comscore,” Comscore Chairman Brent Rosenthal said in a statement. “Bill ensured that Comscore is in a stronger position than it’s ever been and prepared to serve as the future of media measurement.”

Livek became Comscore’s CEO in 2019, when the firm settled fraud charges by the Securities and Exchange Commission under the prior CEO’s leadership. Previously, Livek was CEO of Rentrak Corp. until the two companies merged in 2016, and he served on the board before stepping into the CEO role. He is credited with marshaling Comscore’s operational turnaround, refinancing the balance sheet, delivering product enhancements and moving the company forward.

“It has been an honor to serve Comscore’s shareholders, customers and employees, and I am so proud of what we have accomplished together as a team to make Comscore synonymous with census measurement,” Livek said. “I am confident about Comscore’s future and honored to continue to be part of it.”

In August 2021, Comscore announced it was expanding and extending its relationship with Fox Corp.

Investments from three companies will be used to retire $200M+ in debt, improve liquidity 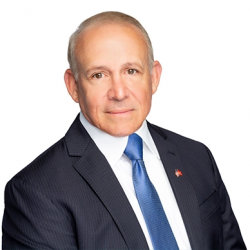