The Roanoke Valley enjoyed a constant stream of nibbles from prospective corporations considering the area in 2021, according to John Hull, executive director of the Roanoke Regional Partnership, which promotes development in four counties and three cities.

“I don’t think we’ve ever been this busy in terms of interest and activity,” Hull says. “It’s just going to take some time for some of that to come to fruition.”

Jill Loope, economic development director for Roanoke County, says her efforts in 2021 were centered around transforming commercial areas and repositioning properties for new commercial development. “Economic development is happening in different ways here than in years past,” she says. “It’s not about the big building or the big new investment every day.”

The New River Valley did land several headline-generating deals in 2021 — wins that were all largely driven by the area’s good fortune of being home to Radford University, Virginia Tech and New River Community College, according to Katie Boswell, executive director of Onward New River Valley, a regional economic development organization based in Blacksburg.

“The theme that runs through all of our announcements this year is … how highly skilled and educated the workforce is and what an important thing that is to the companies who expand or locate here,” Boswell says.

Work has begun in Roanoke County on about $50 million in transportation improvements — paid by mostly state and federal funds — to the congested state Route 419, or Electric Road, area, which runs in front of Tanglewood Mall.

That shopping center is witnessing a flurry of development.

About 1,300 vehicle trips are made to Carilion Children’s each day, according to Loope. “So generating that level of visitation and vehicle counts to that property is helping to facilitate other commercial development,” she says.

In March 2021, Alabama-based Blackwater Resources began work on two outparcel buildings that will sit in front of Carilion Children’s. They will be occupied by a few eateries and Aspen Dental, all expected to be open this month, according to Loope.

By the end of 2022, Loope forecasts, the property surrounding Tanglewood Mall area will have seen nearly $40 million in new investment. “It’s incremental, but it’s good stuff,” she says.

For Lisa Soltis, economic development specialist for the city of Roanoke, the 240-foot tower crane brought to the campus of Carilion Roanoke Memorial Hospital to build the Crystal Spring Tower, a 500,000-square-foot expansion of the hospital, was a signal of Roanoke’s strong economic health. She pointed out it was the first time a crane of that size has been in Roanoke since the construction of the Dominion Tower, now known as the Wells Fargo Tower, in 1991. The Crystal Spring Tower is part of a planned $500 million expansion of the hospital and the adjacent behavioral health building.

In Botetourt County, the big news of 2021 was Munters Group AB breaking ground in May on a $36 million facility in the Botetourt Center at Greenfield. (See related story.)

At the start of 2021, Damage Prevention Solutions LLC, a manufacturer of products for underground utilities, announced plans to invest more than $2 million on a 4-acre lot in the business park, creating up to 45 jobs during the next five years. The company moved into a 10,000-square-foot custom-built facility at the park at the end of last year.

“The lot we chose will allow us to expand the facility in the future as we need additional space,” says Rachel Smith, product marketing manager for the company. “We are focused on growing our production capacity, which includes investing in additional equipment and creating new roles.”

Belvac, a Lynchburg-based company that produces technology for the two-piece can industry, announced in March 2021 its plans to lease a newly built shell building in the business park, adding 40,000 square feet of manufacturing and assembly capacity. The company, which moved in last summer, plans to invest more than $3 million and add up to 50 new jobs in Bedford County over the next five years.

In April 2021, Oransi, a manufacturer of air purifiers, announced plans to invest $5.6 million to open its first manufacturing facility in the Plymouth Building in Radford.

Peter Mann, the company’s founder and CEO, hopes to complete improvements to the building in time for manufacturing to begin in the space this summer.

Currently, the company is based in North Carolina, which competed with Virginia for the 101 jobs Oransi plans to create.

“It just shows how great our talent pool is, that it was able to attract them from outside the region,” Boswell says.

“We had been talking with them about making motors for our air purifiers, and we decided that it kind of made sense to essentially merge the companies so we could make the motors in-house and make the machines in-house and really streamline the manufacturing and selling process as much as possible,” Mann explains.

For the Patton Logistics Group, an integrated supply chain solutions firm comprised of three operating companies, business is going so well at its trucking, logistics and warehousing operation in the New River Valley Commerce Park in Pulaski County that the company has announced two expansions at the park in two years.

The first expansion announcement came in November 2020 when Patton Logistics said it would invest $7 million to add an additional 80,000 square feet to its Pulaski County operation. In August 2021,
the company announced plans to put $11 million into expanding the facility by an additional 150,000 square feet. The expansion, expected to be operational by early 2023, will create 63 jobs and will include a trucking operations and maintenance center to support a future investment in electric trucks.

Moog Inc., a worldwide designer, manufacturer and integrator of precision control components and systems, announced plans in February 2021 to invest $10.7 million to transfer existing jobs and equipment from a Blacksburg facility to a bigger building in Falling Branch Corporate Park in Christiansburg. The company completed that move in November 2021 and hired 75 people, according to a company spokesperson.

Back in 2016, Nordson Corp. made a move to combine its existing Xaloy screw and barrel operations in Pulaski, along with two similar facilities in other states, into a single manufacturing center in Austinville, Ohio. About 150 people worked at the Pulaski plant, according to news reports.

But in February 2021, Chicago-based Altair Investments Inc. announced it had closed its acquisition of Xaloy Holdings from Nordson Corp. A few months later, the company revealed plans to reopen the former Pulaski County facility, investing $1.75 million in a 100,000-square-foot site to produce bimetallic barrels for applications in the plastics manufacturing industry. So far, the move has created 31 jobs, according to a spokesperson.

“They’ve rehired several former employees of the plant in Pulaski,” Boswell adds. “It really just shows how loyal and how skilled the workforces in the NRV are that they wanted to come back to access the talent that they originally had in the region and to grow their operation here again.” 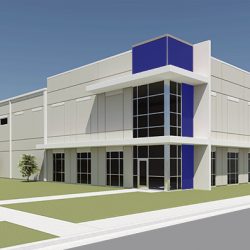 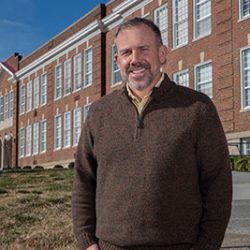