Old Dominion Organic Farms, a member of Southern Virginia Vegetable Packing, will operate the facility, which is expected to process nearly 24 million Virginia-grown vegetables, of which about 80% will be organic. It will support more than 22 farmers across Amelia, Brunswick, Dinwiddie, Lunenburg, Mecklenburg, Prince George and Surry counties, Northam said.

“As the commonwealth’s largest and oldest industry, agriculture is an integral part of Virginia’s economic wellbeing — especially in rural areas,” Northam said in a statement. “I commend the members of Southern Virginia Vegetable Packing and all of the public and private sector partners who have made this project a reality.”

Northam made the announcement during a 12-day jobs and investment tour of the state, in which he is touting economic development deals made during his four-year term. Since he took office in January 2018, Virginia has brought in $48.2 billion in capital investment and created more than 91,500 jobs, the governor’s office said. In July, Virginia was named CNBC’s Top State for Business for the second time in a row, the only state to do so.

Southern Virginia Vegetable Packing is capitalizing on the growing market for organic produce by leveraging its existing land and labor, investing in organic certification and partnering with farmers across the region. Over the next five years, the company expects to make more than $60 million in produce sales, of which $42 million would be returned to farmers.

“Access to a facility that provides efficient packing, cooling and distribution of vegetables for local farmers will create access to markets previously unavailable to them,” Jordan Brandon, owner of Old Dominion Organic Farms, said in a statement. “This was the key component farmers were lacking to capitalize on the land, equipment, labor and farming experience they already possess.” 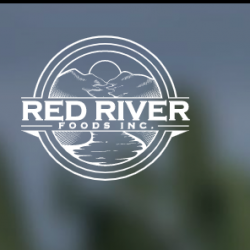