Most industries expect to benefit from biggest changes since 1986

Called the nation’s biggest reform in the U.S. federal tax code since 1986, the Tax Cuts and Jobs Act passed by the Congress and signed by President Trump in December, will change the way American companies and individuals are taxed on this year’s income.

There remain seven individual income tax brackets under the new law, but each bracket has a lower tax rate. The nominal federal tax rate on companies, both public and private, was cut from 35 to 21 percent.

“It should have a very positive impact,” says Bruce Whitehurst, president and CEO of the Virginia Bankers Association. He says VBA members are relieved that language in an early version of the bill eliminating a deduction on interest paid on bank loans was not in the final legislation.

Virginia manufacturers, meanwhile, are buoyed by new rules allowing companies to claim immediate full deductions for new capital expenditures rather than having to wait a number of years.

“We’re still trying to understand the full implications” of the law, says Brett Vassey, president and CEO of the Virginia Manufacturers Association. “The overall feedback we’re getting is not only positive, but extremely positive … I think it will unleash an absolute avalanche of capital investments. We’re already seeing it.”

Hospitals and health-care companies, however, are not so enthusiastic about the tax law.

“In terms of hard numbers, there’s still a ‘to-be-determined’ feeling out there,” says Julian Walker, head of communications for the Virginia Hospital and Healthcare Association. “It will impact each system differently, some positively; some may see negative effects.”

While the new individual rates are scheduled to expire in 2025, the law’s supporters say a future Congress can continue them. The corporate tax cuts, on the other hand, are permanent. The tax law is expected to add about $1.5 billion to the national debt by 2028. The law’s supporters predict increased economic activity resulting from the tax cuts ultimately will lower the national debt.

Pluses and minuses
The tax law is expected to affect businesses large and small.

Multinational companies will not owe U.S. tax on the money they earn overseas but will be required to pay one-time taxes on cash and noncash assets they currently hold offshore.

Owners of  “pass-through” entities — such as S corporations, limited liability companies (LLCs), sole proprietorships and partnerships — pay tax on their business income through their individual tax returns. Many now will be able to subtract 20 percent of their business net income in calculating their taxes.  They can claim the deduction if their taxable income is under $157,500 for single filers or $315,000 for joint filers.

Virginia real estate agents are disappointed the new federal law caps the deductibility of state and local taxes at $10,000 annually, reducing the tax benefits of owning a home. But they’re pleased the benefit wasn’t completely eliminated as proposed in an early version of the bill, says Terrie Suit, the chief executive of Virginia Realtors, an industry group.

They’re also happy that capital gains benefits on real estate sales were retained, along with the ability of homeowners to deduct the annual interest payments they make on new mortgages of up to $750,000 or existing mortgages of $1 million. “We very well might see the full impact [of the new tax plan] in about a year,” she says.

Gordon Dixon, head of the Associated General Contractors of Virginia, says association members were pleased that the new tax law retained the federal tax credits that encourage historic renovation projects in all corners of the state. “That was pretty significant for us,” he says. 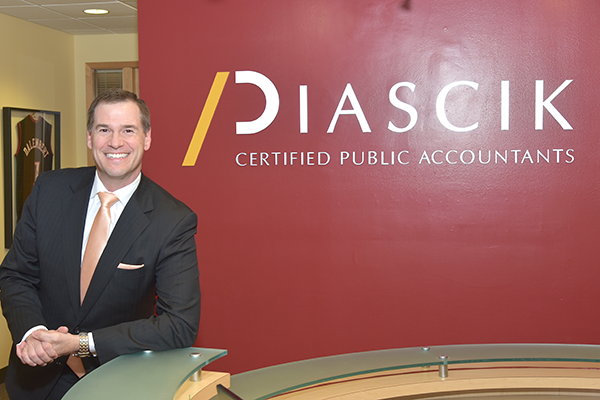 Accountants and tax preparers have mixed feelings about what the new U.S. tax code will mean for their clients.

On one hand, smaller, nonpublic companies will be gaining parity with large U.S. multinationals in terms of tax treatment from the IRS, something small business owners have been “advocating for decades,” says Ryan L. Losi, executive vice president at Piascik, a CPA firm in Henrico County.

On the other hand, the massive new law was written quickly, with little public input and many last-minute revisions. Losi says the IRS must clarify numerous passages in the final text so companies and small-business owners can properly plan their financial strategies and prepare their tax returns for 2018.

“Preparers who do tax work need further guidance because there are a lot of questions about this bill, a lot of ambiguities in certain situations,” Losi says.

One important question is: How will the IRS implement a new category in the law, “qualified business income,” or QBI, and which types of privately owned “pass-through” companies will be able to use it when they file their 2018 tax returns?

A second question: How will Congress and the IRS define “brokerage”?

Losi says brokerages were always meant to apply to Wall Street resellers of company shares and debt instruments. But since he reads the new law saying all “brokerage” businesses will be excluded from taking advantage of lower tax treatments of revenue, the implications may resonate through all sectors of the economy.

“Will the IRS take a narrow or wide definition of that word?” Losi asks. “If they take a wide definition, does that mean that any middleman-type of business? Freight brokers? Mail brokers? Insurance brokers? … Any intermediary company might get caught up in this.”

Changes to Virginia taxes
An important political consequence of federal tax reform is that many states, including Virginia, will need to pass legislation to maintain the historical balance between what their citizens pay in federal and state taxes.

Since 1972, Virginia’s tax law has conformed with federal law. Beginning in 2002 the state legislature has passed bills early in every session to integrate any adjustments passed by Congress the previous year into the Virginia tax code.

This year, however, the House Finance Committee got the ball rolling by unanimously approving draft legislation that will delay any changes in the Virginia tax code until the potential financial impact of the new federal law on the state’s tax structure can be investigated more thoroughly.

The basic conflict, says James J. Regimbal Jr., the founder of Fiscal Analytics Ltd., lies in the new rules regarding the new $12,000 standard deduction ($24,000 for married couples filing jointly) that American taxpayers will be able to take on their federal returns for the 2018 tax year.

He says that about 60 percent of Virginia taxpayers traditionally take the federal standard deduction while the remaining itemize their expenses on their federal and state returns.

Current Virginia law requires that taxpayers who take the annual standard deduction on their federal return also file their state returns taking the much lower Virginia standard deduction, which as of last year was $3,000 for individuals and $6,000 for a married couple.

Regimbal predicts that the dramatic rise in the federal standard deduction will mean only 10 percent of the wealthiest Virginia tax payers will benefit by itemizing their federal and state returns for 2018 and beyond. So, if Virginia tax laws don’t change, he says, and tens of thousands of Virginians decide to file their 2018 tax returns using the state’s current standard deduction, the commonwealth’s General Fund is likely to see “a windfall” of additional revenue.

To be sure, the tax hawks in the General Assembly will probably not allow that to happen. Regimbal, who served on the Senate Finance Committee in the General Assembly for more than a decade, and other experts expect that more permanent changes in Virginia’s tax law will be debated and passed into law during a special session of the legislature later this year.