Milton-Benoit succeeds William T. Powers, who will retire in August. Powers has served on the board of the organization since its 2011 inception and was appointed as president and CEO in 2016.

“Will joined CCAM as president and CEO at a critical time,” CCAM Chair Craig H. Benson, University of Virginia School of Engineering dean, said in a statement. “Under his leadership, the organization more than doubled its research spend and increased the membership, ensuring CCAM’s resiliency for years to come. The board thanks him for his leadership and accomplishments, and we look forward to working with John to continue CCAM’s growth.”

Milton-Benoit was most recently a senior director and program leader at the United Technologies Research Center, where he was responsible for technology development in manufacturing, robotics, human-machine interface, data analytics, machine learning and cyber physical security. 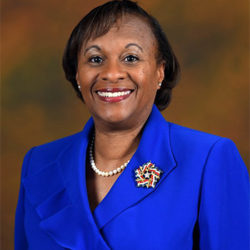