Effectv, which sells ads in 66 markets for Comcast Cable, will use Comscore’s impression-based measurement product with its local advertising clients. The cable company has nearly 35 million customers.

“With local media emerging as a key channel for brands due to its consumer relevancy and proximity to point of purchase, there is a need for proven, more reliable approaches to measurement,” Bill Livek, Comscore’s CEO and executive vice chair, said in a statement. “We are looking forward to working with Effectv to enable advertisers to use Comscore’s local TV measurement as currency to deliver that enhanced campaign reporting.”

Media experts say there’s been an ongoing battle between media measurement companies: who is able to best measure the nature of consumer behavior and viewership in an increasingly complicated market. In this deal, Effectv joins Disney, Fox Corp., Paramount, WarnerMedia and other media corporations in using Comscore.

Instead of looking at just broadcasting and traditionally tracked ratings, streaming platforms like Netflix and Hulu are important parts of the equation now.

“These technological innovations have created an arms race for currency,” said Nancy Kent Smith, an adjunct instructor at the Richard T. Robertson School of Media and Culture at Virginia Commonwealth University with 30 years of industry experience.

By currency, she means collecting as much audience data as possible.

“In the old days, the old environment, we had ratings, but then the internet comes along and has a whole different currency — of impressions,” Kent Smith said.

Nielsen, the shorthand for TV ratings for decades, has been the dominant force, but as watching habits change, companies such as Comscore are zeroing in.

“The pace of change in media measurement continues to accelerate, and advertisers today are seeking new solutions and capabilities to better understand consumer behavior and to reach and engage with them across multiple screens and devices,” James Rooke, Effectv’s general manager, said in a statement. “We’re looking forward to working with Comscore to drive innovation and new frontiers in measurement, while offering choice and independence for our clients.”

“The big picture is that there are the winners of the media game who are going to provide the most robust picture of the audience,” Kent Smith said.

Myles McNutt, an associate professor of communication and theatre arts at Old Dominion University, echoed what Kent Smith said. “Increasingly you’ve seen companies like Comscore, as the market is changing.”

As the battle between companies is ongoing, he noted, it gives companies like Comscore the chance to step up and say, “We can count better than Nielsen can adapt.” But he says not to expect Nielsen to just go away, either. “Nielsen is in too much of a dominant position to ever give that up.”

One change that resulted from the pandemic, Kent Smith said, is the use of websites like YouTube being used on smart TVs instead of computers or phones, one example of blurring the lines between digital and broadcast. Still, there’s still plenty of mystery behind audience measurement.

“The whole thing about measuring audiences is inherently speculative,” McNutt said. “We can never actually know how many people are watching.”

Investments from three companies will be used to retire $200M+ in debt, improve liquidity

Investments from were used to retire $200M+ in debt, improve liquidity 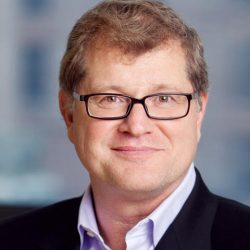