Published May 9, 2017 by Jessica Sabbath

The Colonial Williamsburg Foundation’s board of trustees has elected three new trustees.

At Hewlett-Packard Fiorina was the first woman to lead a Fortune top-20 company after rising from an entry-level position at AT&T to become that company’s first female officer. She led AT&T’s spin-off of its manufacturing arm as Lucent Technologies, then oversaw Lucent’s North American operations.  In addition to her presidential run in 2016, she ran for the U.S. Senate in 2010.

Fiorina also served as chair of Good360, the world’s largest products philanthropy, as chair of the CIA External Advisory Board and on the Pentagon’s Defense Business Board. She has also served on James Madison University’s board of visitors and as a trustee of the Massachusetts Institute of Technology.

Montgomery is a College of William & Mary alumnus, who joined his Williamsburg firm’s predecessor, Wheat First Securities, in 1975 and has been named to top nationwide adviser lists by the Financial Times, Barron’s, Worth, Registered Representative and Forbes. His firm specializes in services for high net-worth individuals, institutions and corporations.

Shaheen was responsible for the design, development, and production of Caterpillar’s large construction and mining equipment, as well as the company’s U.S. operations division. He also oversaw its marketing and sales operations in North America, its components business, and its research and development division. During his 41 years with the company, he held numerous marketing and management positions in the United States and Europe, and at one time held responsibility for business in Europe, Africa, the Middle East and the former Soviet Union.

Shaheen is a board member and past chairman of the U.S. Chamber of Commerce. He also serves on the boards of Ford Motor Co. and AGCO Corp. He chairs the OSF Illinois Neurological Institute board and serves as a trustee of the National Multiple Sclerosis Society – Greater Illinois Chapter and Peoria NEXT.

He is former chairman of the Bradley University board of trustees and president of its alumni association. He also served as board member of the National Chamber Foundation, Aquila Inc. and National City Corp. 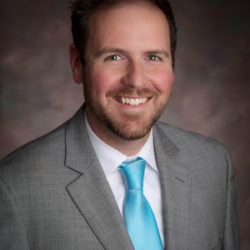