Norfolk’s Chrysler Museum of Art has named Ashley Grove Mars as its new director of communications.

Mars previously spent more than seven years working for the Virginia Zoo, including in marketing and as creative director. She worked as its communications director since March 2021, according to her LinkedIn account. Mars has also worked in graphic design for newspapers and magazines, as well as in commercial real estate and other industries.

In her new role, Mars will work with museum staff to increase the visibility of its initiatives and exhibitions. In July, the museum announced its Campaign for the Chrysler, a $50 million capital campaign to improve access to its permanent collection, increase learning and expand the Perry Glass Studio.

“Ashley Grove Mars brings an impressive breadth of experience in communication to this role, and her background in journalism will be most useful as she helps share the Chrysler Museum of Art’s story,” Erik H. Neil, the museum’s president and CEO, said in a statement Tuesday. “As the museum continues to cement itself as a premiere destination of arts and culture, strengthening our strategic communication efforts is vital to ensure the community is aware of all that we have to offer.”

“The Chrysler has long been known as a source of inspiration and distinction and is embarking on a pivotal phase of its legacy,” Mars said in a statement. “As a part of the leadership team, I look forward to contributing to the strategic growth of the organization and to enhancing the visibility and accessibility of a cornerstone of this great community.”

In May, philanthropist Joan Brock donated $34 million, including 40 works of art and two position endowments, to the museum. 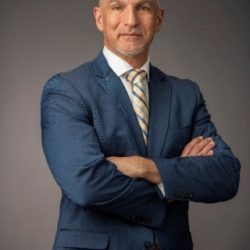