Isam Ghanim will replace Anne Lynam Goddard as president and CEO of ChildFund International, the Richmond-based global nonprofit announced Monday. Goddard is set to retire in May after 15 years leading the organization.

Ghanim is currently president of Search for Common Ground, a $60 million nonprofit organization focused on ending global conflict, which he has led since 2018. Previously, he worked for ChildFund, formerly known as Christian Children’s Fund, as executive vice president for programs, as well as holding executive roles in Africa, Asia and the Americas. He started his career in international development with CARE Sudan, eventually working for the global organization in Somalia and India, as well as leading its regional learning program. Ghanim, who is from Sudan and received his master’s degree at the University of Khartoum, will rejoin ChildFund on March 1.

“Our decision was unanimous, and we are incredibly pleased to welcome Isam,” Lyn McDermid, ChildFund’s board chair, said in a statement. “He was a standout among the 100-plus candidates we considered, with his remarkable breadth of experience, diverse contributions, already-established credibility within ChildFund and the unprecedented growth he led at Search for Common Ground.”

The 83-year-old ChildFund, which had a $208.8 million operations budget in 2020, assisted 16.2 million children and family members in 24 countries last year, focusing on education, health care, workforce training and other initiatives. Ghanim was appointed after a six-month global search process led by Russell Reynolds, an international search firm.

“I am beyond thrilled to leave the leadership of ChildFund’s in Isam’s hands,” Goddard said in a statement. “Of course it is bittersweet, but I could not have hoped for a more fitting successor, someone who also knows and loves ChildFund. Make no mistake, though — Isam loves ChildFund enough to challenge it, and he won’t hesitate to do so. And that, especially, fills me with great hope for ChildFund’s future impact for children.” 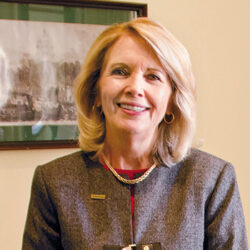 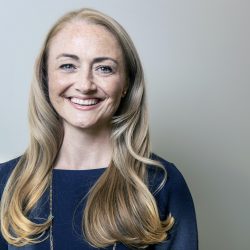