Change is constant for Virginia CFOs

CFOs can expect a multitude of challenges — from managing assets to dealing with a company’s contraction or growth.

Sometimes, even your name can present a challenge.

When your last name is “Crook,” and you’re a banker, you can always expect some questions, some jokes and, of course, some odd looks. 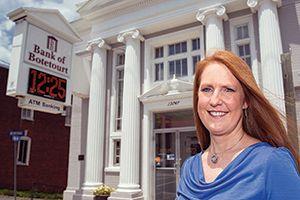 Michelle A. Crook, senior vice president and chief financial officer at the Bank of Botetourt in Southwest Virginia, has heard it all.

But as her husband’s grandmother says, “Crook by name, but not by nature.”

“I’ve just embraced the name,” Crook says with a laugh.

Crook was one of 48 chief financial officers nominated this year for the Virginia CFOs Awards.

Since 2006 Virginia Business has examined the trials and achievements of chief financial officers as part of the awards program.

The awards were presented at a June 19 banquet at The Jefferson Hotel in Richmond.

Although having a sense of humor is not a requirement for a CFO, it does help lighten dark moments.

One of Crook’s darkest moments came in 2011. That was the year that the Bank of Botetourt sustained a loss of $2.9 million.

Crook says the economic meltdown that laid low many banks in 2008 and 2009 didn’t catch up with her bank until then.

One of the bank’s best markets, Smith Mountain Lake — a popular second-home community favored by retirees and recreation enthusiasts — stagnated as spec homes and other properties stopped selling, and that hurt a lot.

Conspicuous frugality hit with a bang. Builders and developers were especially hard hit.

“All those industries tied to houses were affected, and our customers were unable to pay us,” Crook says. “We had to work through our problem assets.”

Fortunately, Crook says, the problem assets were isolated, and the bank’s exposure was limited.

The Bank of Botetourt was able to recover quickly,  Crook says, and turned a profit in 2012, with an even better year in 2013.

No dividends were paid in 2011, but Crook explains it was not the crisis it could have been.

“Our shareholders were incredibly supportive during that time, and it was tremendously rewarding to see that level of support as we went through this,” she says.

The bank gave every shareholder an opportunity to buy more stock.

“We raised $1.2 million in additional capital — we were hoping for half a million — and we were able to weather the storm,” Crook says.

She notes that the Bank of Botetourt had turned down TARP (Troubled Asset Relief Program) funding when it was offered. “We were philosophically opposed to government intervention,” she says.

Crook says 2014 is on track to be another good year, as the economy continues to shake off the effects of the recession.

From corporate to nonprofit 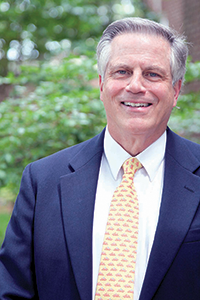 Working in finance, Peter Pastore knows change from many perspectives.

One of his biggest personal changes was moving from a career with multinational corporations — first Reynolds Metals and then Alcoa — to a venerable private girls school, St. Catherine’s School in Richmond.

Now, it’s safe to say he made a smooth adjustment to his new career.

In 2013, Pastore was named recipient of the Business Officers Association’s Will Hancock “Unsung Hero” Award, given to business officers in independent schools who made significant differences in their schools.

Pastore says one of the biggest differences between his role with a multinational corporation versus a small nonprofit is the speed with which he can see the results of a new initiative.

“It’s another piece of the job that I love,” Pastore says. “We study issues. We get counsel from the right folks and then we act. In the corporate world, a solution can take years to put in place.”

Among the initiatives Pastore has put in place at St. Catherine’s has been an aggressive cost-saving program that has involved issues ranging from an energy audit to closer partnerships with the school’s suppliers to implement cost-saving initiatives.

On the energy side, a survey found that 30 percent of the time lights were on in classrooms and other public spaces when nobody was present.

The solution was the installation of motion detectors that turn lights off when they aren’t needed, along with 200 solar panels to generate electricity, with the excess being sold back to the power company.

By reducing its environmental footprints, St. Catherine’s has been able to give its students a lesson in energy savings. “We could have charged over 15,000 cell phones,” with the saved energy. “That’s something the girls really get,” Pastore says with a laugh.

With 957 students scheduled to begin classes in the fall, Pastore says, St. Catherine’s continues to earn the trust of parents who send their children there.

“Our sole mission is to be the best at educating young women. It’s our unwavering purpose,” he says. 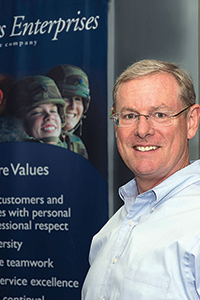 For Robert Senter managing growth has been a major issue. Senter was recently promoted to senior vice president for finance and corporate operations at Zeiders Enterprises Inc. in Woodbridge.

Zeiders, which provides human and social services programs to more than 2.25 million military personnel, had about 500 employees when Senter joined the company in 2011. Today, it has more than 1,000 employees.
The company recently won two large contracts, increasing the number of employees 30 to 40 percent within a compressed period.

“Growth is always a good thing, but you have to manage it,” Senter says. “There was a whole lot of new going around, and you have to transition successfully. It stresses all systems.”

One of Senter’s most gratifying moments is talking with college-age students who’ve been brought in for summer internships.

He’s told them to find mentors when they move into full-time jobs. Senter also advised them to take on projects nobody else wants, “the dogs,” as he calls them. 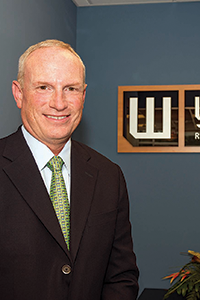 Growth also has been at the heart of challenges for Steven Belote, chief financial officer at Wheeler Real Estate Investment Trust in Virginia Beach.

Wheeler acquires, leases and manages shopping centers. When Belote joined the company, Wheeler had eight assets that were acquired from a private portfolio. Now, it has more than 20 in markets east of the Mississippi, with a pipeline of other properties in its sights.

“From our viewpoint, we see nothing but positive [territory] for the next five years,” Belote says. “My challenge is just finding the right people for the positions that are needed. We’re busting at the seams.”

The difficulty in hiring, Belote explains, is that the pool of highly qualified people who have experience with public companies in his industry is not large.

For his part, Belote says he and other key executives are nearly always on the road talking to potential investors.

“In this business, you’re constantly raising capital,” he says. 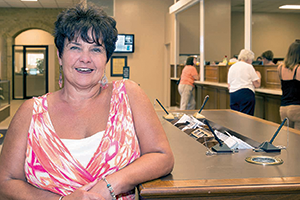 Kim Gilkey-Breeden, finance director of the Town of Front Royal, a community of more than 14,000 in Warren County, has seen a lot of change since she began working in the finance department 32 years ago. Not all of the changes have been good.

There was the closing of an Avtex Fibers plant in 1989, and the loss of 800 jobs. Then came the plant’s designation as a Superfund site. (After decades of cleanup, the site now is ready to be returned to the community.)

More recently, real estate values nosedived and homebuilding was idled as the recession set in six years ago.

Changes also have included unusually high turnover, with five town managers over the past decade, as well as departures in her own department, with retirements and employees leaving to take higher paying jobs in Northern Virginia.

Meanwhile, Front Royal has increasingly become a commuting community for those traveling to work in the Washington, D.C., area, and it’s gained recognition as a tourist town near the Shenandoah River.

“The town has had peaks and valleys,” Gilkey-Breeden says.

Front Royal is one of the few municipalities in Virginia that sells electricity to its residents. The finance department collects those bills as well as other utility payments.

Looking ahead, she says Front Royal is still debating its future.

In April the Town Council approved “Envision Front Royal: A Vision for the Town of Front Royal.”

The plan calls for a strong and well-preserved historic core focused on arts and cultural amenities, a diverse economy and the community’s development as a tourist and travel destination — linking the mountains, the river, history, and the national and state parks and forests.

Another leg of the plan calls for redeveloping the Avtex site and transforming it into productive use with jobs in clean energy, research and development, or light industry.

More change is coming. For the CFO of Front Royal who also has had stints as interim town manager, change is what she has come to expect.

“There will always be challenges. That’s a given,” Gilkey-Breeden says. 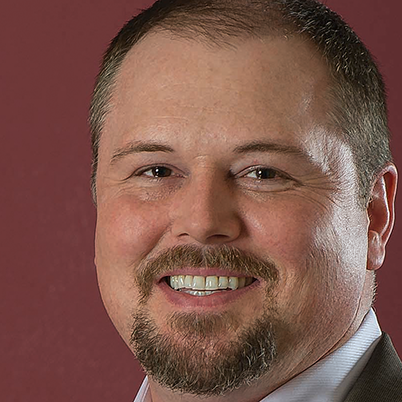 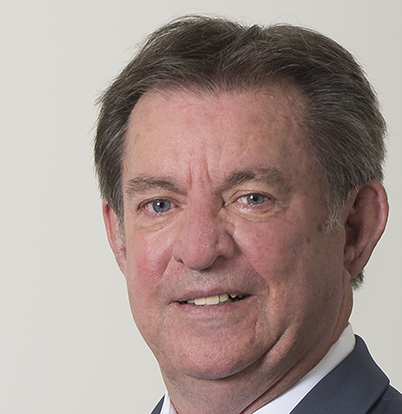 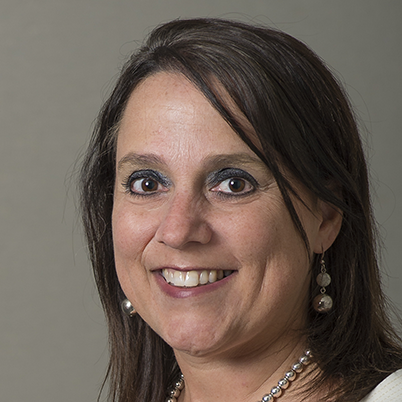 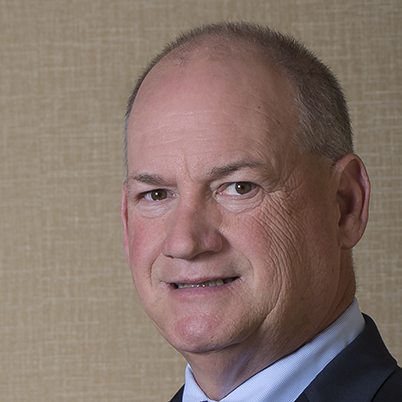 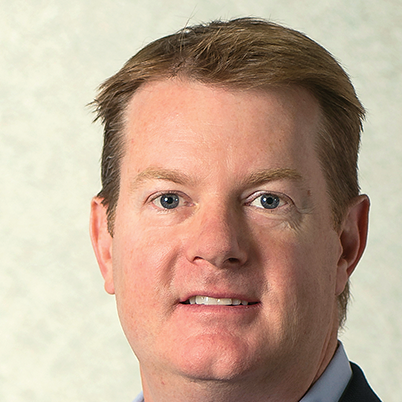