Michael T. Lundberg, the founding CEO of Virginia Health Information, has announced his retirement at the end of October.

Lundberg, whose last day is Oct. 31, has been with Richmond-based nonprofit health care data organization since its founding in 1993 and led VHI from a $300,000-per-year organization to one anticipating more than $10 million in revenue this fiscal year, according to a news release.

VHI was formed to establish and maintain Virginia’s inpatient hospital data system and has since expanded the collection and dissemination of health care data to outpatient and payer claims data, efficiency and productivity information, charity care, HMO utilization and patient satisfaction.

“For almost 28 years I have been honored to serve VHI as executive director and CEO,” Lundberg said in a statement. “Much has been accomplished given the support of the board of directors, outstanding employees and stakeholders from both public and private sectors. VHI has given me the great privilege to help create, operate and grow a successful mission-driven nonprofit. I look forward to the next several months to assist the incoming CEO, VHI board, staff and stakeholders with the transition.”

Kyle Russell, the director of strategy and analytics for VHI, will be promoted to CEO, effective Nov. 1.

“The amount of growth that VHI has achieved over the past three decades under Michael’s leadership is truly remarkable. I am incredibly fortunate to have been able to learn under someone so respected who always maintained the highest standard of integrity. I will do everything I can to carry forward his legacy as VHI continues to expand and thrive over the decades to come,” Russell said in a statement.

Before joining VHI, Russell managed revenue cycle operations at HCA Healthcare. He holds a master’s degree in decision analytics and a bachelor’s degree in finance from Virginia Commonwealth University. He also serves as adjunct faculty in VCU’s Master of Health Administration program. 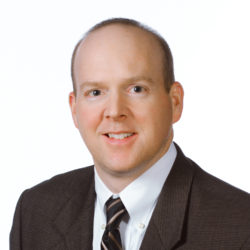