Barry F. Moore Jr., who previously served on the Better Business Bureau’s Central Virginia branch’s board, has been named its president and CEO, the Glen Allen nonprofit organization announced Wednesday.

In a funny twist, the new Barry Moore replaces another Barry Moore, who retired in July 2021. They are not related. The newly hired Moore started Tuesday, taking over from BBB Chief Financial Officer Thomas A. Gelozin, who was interim CEO. Moore was on the BBB-CV board from 2010 to 2016 and was general manager of Haley Buick GMC Midlothian, which he left in 2018 to work in auto sales and insurance in Pennsylvania. He returns to the Richmond area for his new position.

A graduate of Seton Hall University who also has received leadership training at the University of Virginia’s Sorensen Institute for Political Leadership, Moore was named the Richmond Retail Merchants Association’s Retailer of the Year and won Chesterfield County’s Impact Award in 2014.

“I realized how fortunate I’ve been throughout my life, as great opportunities have opened up for me,” Moore said in a statement. “I thought that this opportunity at the BBB would give me the chance to give back in a meaningful way to a business community that I love and respect, here in Central Virginia.”

The organization also named its new board leadership this week, with Vincent Tucker, who owns Quality Moving Services in Chesterfield, becoming chair after previously serving as vice chair. Richard G. Johnstone Jr., the previous chair, was president and CEO of the Virginia, Maryland and Delaware Association of Electric Cooperatives until April 2021, when he retired. He was responsible for leading the leadership search for the BBB-CV’s president and CEO. 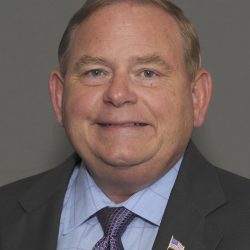 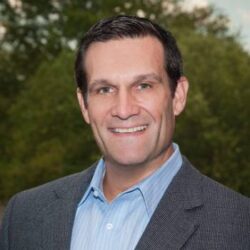 Marjorie M. Connelly and R. Matt Davis joined the board