Former GOP presidential candidate Carly Fiorina has been selected as chair of the Colonial Williamsburg Foundation’s board of trustees.

The former chairman and CEO of Hewlett-Packard, Fiorina was the first woman to lead a Fortune 20 company and made an unsuccessful bid for the 2016 GOP nomination for president.

Fiorina has served on the Colonial Williamsburg Foundation’s board of trustees since 2017. According to a statement from the foundation, Fiorina will “guide the museum’s continued evolution into a destination that celebrates diverse and inclusive viewpoints through programming that explores the social and political complexities negotiated by America’s founding generation.”

The foundation is planning its centennial in 2026, coinciding with the nation’s 250th anniversary, and Fiorina will counsel the foundation through its “renewed commitment to tell the country’s complete story and embrace freedom.” The foundation also expects Fiorina to shepherd “its digital presence and continuing to deliver inclusive programming that confronts sensitive topics through thoughtful and engaging discussion.”

“I’m truly honored to assume the role of chair of the board for Colonial Williamsburg and will embrace the continued collaboration with my fellow trustees and our executive team, our skilled and dedicated employees, and generous and committed donors,” Fiorina said in a statement. “In this moment, there is tremendous anticipation around building a better future by learning from our ancestors’ stories and struggles, seeking inspiration from their aspirations and ingenuity, and reflecting upon the nation they built. This historic destination is uniquely suited to play a pivotal role in helping Americans understand the complexities and contradictions of our past and how they inform our future.”

Fiorina also ran unsuccessfully for the U.S. Senate in 2010, and oversaw HP’s acquisition of Compaq in 2002 in what was the largest technology sector merger in history at that time.

She has also served as chairman of Good360, an Alexandria-based global nonprofit that galvanized the U.S. business community to provide supplies to West Africa during the 2014 Ebola crisis. She has also been chairman of Opportunity International, a micro-finance organization that has lifted millions out of poverty. Presently, Fiorina is founder and chairman of Carly Fiorina Enterprises, which counsels companies on building high-performance teams, developing leaders at every level, and creating equitable and inclusive workplace cultures.

“Carly has an innate ability to help others reach their highest potential, and we are fortunate to have such a forward-thinking, approachable leader serving as chair. Under her leadership, we will advance our educational mission in exciting new ways as we approach our centennial, and the nation’s 250th anniversary, in 2026,” said Cliff Fleet, president and CEO of Colonial Williamsburg. 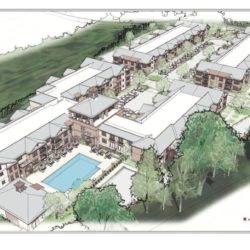