Ralph Alee provides strategic leadership for systemwide fundraising efforts, works with executive leadership in strategic planning for strengthening philanthropy, and will collaborate and help with Carilion’s $100 million capital campaign for a new cancer center, according to the health system. Alee also oversees the Carilion Clinic Foundation and its day-to-day operations.

Alee comes to Carilion from the Medical College of Georgia at Augusta University, where he was the executive director for philanthropy — medicine. He has also held development roles at University of Florida Health, UF Health Shands Children’s Hospital, as well as St. John Hospital and Medical Center, and the Henry Ford Health System in Michigan.

Carilion Clinic generated more than $3.2B in 2018, study shows

The health care system employed more than 13,000 in the same year. 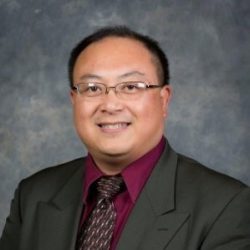 Wilber Chen to relocate to Roanoke from California