Capital One taps new board members from Facebook, Nike

McLean-based Capital One Financial Corp. announced Tuesday the addition of two new members to its board of directors: Ime Archibong, head of new product experimentation at Facebook Inc., and Craig Williams, president of Jordan Brand at Nike Inc.

Archibong and Williams have been appointed to fill two new seats on the board, and will stand for election by the Fortune 500 company’s shareholders in May 2021.

Prior to Facebook, Archibong served in various roles at IBM, including as a software engineer, on its corporate strategy team and its advanced technology business development team.

“When I first met Ime, his optimism and sense of possibility jumped off the screen,” Capital One Chairman and CEO Richard D. Fairbank said in a statement. “Ime’s product and partnership experience at a company that has billions of users and global reach has given him a broad understanding of the issues at the intersection of product, technology, data and the customer experience.”

Williams has more than 30 years of experience leading international consumer brands, business operations and strategy. As president of Jordan Brand at Nike, he leads the global vision, strategy and growth for its multibillion-dollar portfolio. Prior to Nike, Williams was a senior vice president at The Coca-Cola Co. and global president of Coca-Cola’s The McDonald’s Division (TMD).

“Craig’s great judgment has been honed by more than three decades of global experience in setting visions, building brands and driving stellar results at some of the world’s most admired companies,” added Fairbank. “He’s a seasoned business executive who was hand-picked to lead Jordan Brand, one of the world’s most iconic brands.”

Capital One also announced today that, after 16 years of service on the company’s board, Pierre Leroy is retiring from the board effective as of the date of the 2021 annual meeting, in accordance with the company’s retirement policy.

Capital One Financial Corp. is a financial holding company whose subsidiaries, which include Capital One, N.A., and Capital One Bank (USA), N.A., had $305.4 billion in deposits and $421.6 billion in total assets as of December 31, 2020. 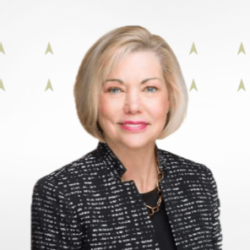