Like many other parts of the commonwealth, Southwest Virginia is making a play to attract data centers, offering cheap land, available workers and a natural cooling system.

Data centers aren’t huge employers but do offer high wages and significant tax revenue — which other regions in Virginia have taken full advantage of, particularly Loudoun County in Northern Virginia.

A study conducted by Richmond-based OnPoint Development Strategies and released in October by regional marketing group InvestSWVA concludes that the region could produce 2,000 jobs and $50 million in annual revenue if it becomes a destination for data center investment.

But with more localities looking to cash in on data centers, can Southwest Virginia compete?

“Data center site selection is an increasingly competitive process, and large operators have more options than ever before as more locations become aware of the economic benefits of data centers,” says Rich Miller, founder and editor of Data Center Frontier, a trade publication.

The data center initiative, called Project Oasis, hopes to leverage vast underground pools of water in former coal mines as a significant energy and cost-savings tool to entice companies looking to save money on cooling their data centers.

Miller says Project Oasis “could be intriguing to some large operators — if supported by other initiatives.”

The study acknowledges the region’s challenges, including a smaller, less educated workforce and the lack of a local property-tax and depreciation structure designed to encourage data center investment. Also, the region lags behind more populous regions in broadband connectivity, although more fiber-optic lines are currently being added.

Will Payne, director of InvestSWVA and managing partner of Coalfield Strategies, says local counties are poised to change their tax structures, and the University of Virginia’s College at Wise and community colleges can provide training for most data center jobs.

“We see our competition not as Northern Virginia but Central Virginia,” Payne says. “Southwest Virginia may not be for every data center, but it is the right location for the right data center, especially someone focused on leveraging the region’s solar and geothermal assets to deliver on their sustainability goals.”

“There are a lot of eggs in that Northern Virginia basket,” says Kent Hill, managing principal of OnPoint Development Strategies. “There does need to be some diversity and backup for those facilities. We see that as a niche for Southwest Virginia.” 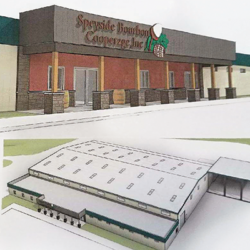