In March 2021, BWXT was chosen as one of two companies to develop a final prototype design.

The transportable reactor prototype, known as Project Pele, is set to be delivered in 2024 and then tested at the Idaho National Laboratory for three years. The nuclear microreactor will be built in facilities in Lynchburg and Euclid, Ohio. Over the next two years, BWXT expects 120 employees to work on the project, including 40 skilled tradespeople, engineers and other people hired to support the effort.

According to the DOD, the development of a small, transportable nuclear reactor would allow the agency to reduce its carbon emissions and provide tools for disaster relief and critical infrastructure support. The DOD uses approximately 30 terawatt-hours of electricity per year and more than 10 million gallons of fuel per day.

“We are on a mission to design, build and test new nuclear technology to protect the environment while providing power, and we are thrilled with this competitively bid award after years of hard work by our design and engineering team,” BWXT Advanced Technologies President Joe Miller said in a statement. “The entire nuclear industry recognizes that advanced reactors are an important step forward to support growing power needs and significant carbon reduction imperatives.”

Project Pele is a whole-government project with oversight by the U.S. Army, the Department of Energy, the Nuclear Regulatory Commission, NASA and the National Nuclear Security Administration.

The objective is to design, build and demonstrate a prototype mobile nuclear reactor within the next five years, following the Defense Science Board (DSB) study recommendations, according to the office of the Under Secretary of Defense, Research and Engineering. It will provide a resilient power source to the DoD for a variety of operational needs that have in the past relied on fossil fuel deliveries and extensive supply lines. Instead, the microreactor will deliver clean, carbon-zero energy.

The prototype will operate on a power level of one to five million watts of electric capacity and will be transportable in shipping containers via road, rail, air or sea. It will be powered by fuel that can withstand extreme heat with very low environmental risks, according to BWXT. The whole system is designed to be assembled on-site and be operational within 72 hours.

While BWXT is the prime contract and integration lead, other companies on the team are Falls Church-based Northrop Grumman Corp., Aerojet Rocketdyne, Rolls-Royce LibertyWorks and Troch Technologies Inc.

In 2020, BWXT was chosen by the Department of Energy to design and develop a small nuclear reactor as part of a $106.6 million project. The contractor has approximately 6,600 employees across the United States and Canada, as well as joint ventures at more than a dozen Energy Department and NASA facilities. 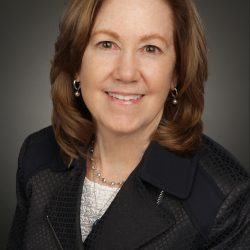 Lynchburg company in running for prototype contract in 2022