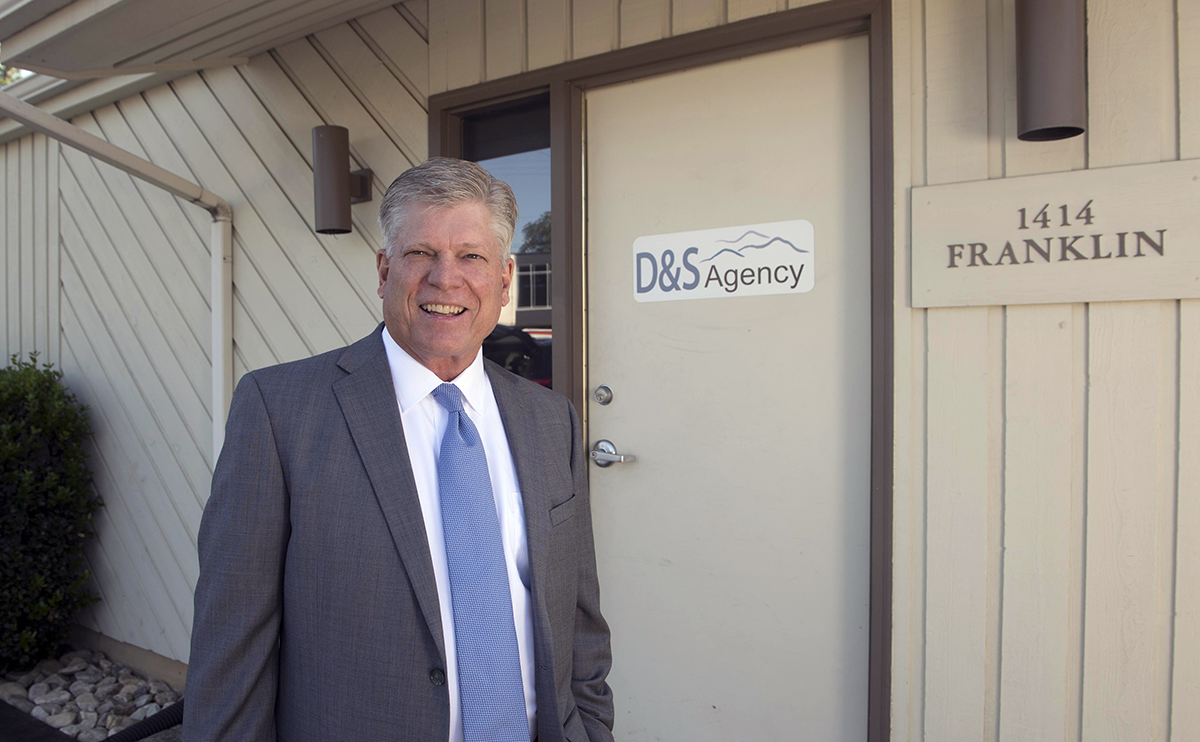 “HSAs are embraced by employers of virtually all sizes, in all regions and industries,” says Bill Kite, the owner of D&S Agency in Roanoke. Photo by Don Petersen

As health-care costs continue to rise, an increasing number of employers around the country are using cost-savings tools such as health savings accounts to offer affordable benefits to their employees.

The accounts, known as HSAs, provide employees with both health and retirement benefits.

“An HSA has a dual purpose. That’s what its biggest sizzle is,” says Bill Kite, owner of D&S Agency in Roanoke, a United Benefit Advisors partner firm. “It’s a good tool for all sizes of businesses and for individuals. It allows people to put money away for a rainy day” while helping them cover current health-care expenses.

HSAs, established in federal law more than a decade ago, allow employees to save money tax-free. The accounts also permit the employers to make tax-free contributions to workers’ accounts. HSAs must be paired with qualified high-deductible health plans.

Benefits experts laud HSAs for their triple tax advantage. Contributions are tax-deductible, and they can be invested to grow tax-free. Withdrawals aren’t taxed as long as the individual uses them for qualified medical expenses, such as doctor’s visits, prescription drugs, eye exams and dental care.

“HSAs are embraced by employers of virtually all sizes, in all regions and industries,” Kite says. They also are available to self-employed persons and can be passed on to a surviving spouse tax free. Plus, “HSAs can travel with you if you change jobs or insurers.”

In Virginia, Kite says, employers closest to Washington, D.C., see a need to provide benefits that can compete with those offered by the federal government. But companies in other parts of the state feel freer to offer high-deductible health plans, which allow for HSAs.

According to an America’s Health Insurance Plan report, 20.2 million U.S. residents were covered through HSA-compatible, individual, small-group or large-group plans in 2016. And, according to United Benefit Advisors, a health savings account is offered in nearly 25 percent of all employer-sponsored health insurance plans, a 22 percent increase from five years ago.

HSA enrollment is at 17 percent of eligible employees, a 25.9 percent increase from 2015, and nearly a 140 percent increase from five years ago.
But employers interested in joining need to educate themselves and their employees about how health savings accounts really work, says William Applegate, a vice president at Fidelity Investments.

Too often people confuse health savings accounts with flexible spending accounts, of which $500 (at most) can be carried over year-to-year, depending on the plan design. All unspent contributions to HSAs roll-over from one year to the next. There are also health reimbursement arrangements (HRAs), where the money is provided solely by the employer.

“There needs to be a lot of myth busting. HSAs are portable, they can be rolled over, they can be invested and they can ultimately be used in retirement,” Applegate says.

An employee (and employer) can contribute up to $3,400 to an HSA for individuals and $6,750 for families this year. Account holders who are 55 years old and older can contribute an extra $1,000.

More than three-quarters of account holders withdraw less than they contribute, and roughly a quarter of people don’t use any money from their accounts, according to Fidelity Investments research.

That extra money comes in handy later, when it can be used to cover health-care costs during retirement. In August Fidelity released its latest estimate of what a 65-year old couple needs to cover health care and medical expenses throughout retirement. The 2017 estimate is $275,000. While this year’s estimate is only a 6 percent increase over last year’s, it represents a more than 70 percent increase since Fidelity’s initial retiree health-care cost estimate in 2002.

HSAs can be as much a retirement savings vehicle as a health-care benefit, Kite says, noting that the original health savings accounts legislation was “written by the people who did IRAs.” After age 65, retirees can use HSA money for nonmedical purposes. The money is taxed as ordinary income.

“Employees who don’t have access to a 401(k) or a defined contribution plan can put money away. The money can be invested,” Kite says. “I have clients that started in 2004 and now have savings approaching $200,000.”

Applegate urges employers to help employees better understand how to use the HSA as a retirement saving vehicle, for the short and long term.

“Only 10 percent of people are maximizing their investments. You need to help them consider the next step,” he says. Give employees decision-support tools to help assess what plan might be right for them.

About a third of employers now are making HSAs the only option they offer, he adds. “That strategy is not right for everyone, but it’s double where it was five years ago.”

Employers who decide to go with HSAs need to design carefully to make sure that they offer the right incentives, just as they do to encourage 401(k) participation.

Employers who contribute to HSAs also should be careful about the timing of their contributions, Applegate says. “If you choose to fully contribute at the beginning of the year, it can help employees’ concerns about the offset. But there’s the risk of forfeiture [if an employee leaves]. If you have higher turnover you have to think about it very carefully.”

The accounts not only provide health and retirement benefits, they may offer a bit of stability during tumultuous times in Washington. HSAs were introduced in 2003 during President George W. Bush’s administration. The Affordable Care Act includes health savings accounts, and Republican plans introduced to repeal ACA would have expanded them.

That’s important, Applegate says, because “employees are focused on how they can control health-care costs. They don’t have the luxury of waiting for something from Washington.”