The first new community bank established in Hampton Roads since 1998, it received regulatory approval last month. In January it announced that it raised more than $20 million in stock purchase commitments.

The bank plans to focus on serving business customers in Virginia Beach, Norfolk and Chesapeake.

Integrity also announced three advisory boards, and cited its senior management, which include veteran alumni of Heritage Bank, which merged with Southern Bank in 2016.

Ives serves as Integrity Bank’s president and CEO. Its chief development officer is Neal Crawford, who was president of Monarch Bank for seven years. Former Heritage board chairman Peter M. Meredith Jr., chairman and CEO of Norfolk-based Meredith Construction Co., will serve as chairman of Integrity’s board.

The bank will be based in Virginia Beach’s Lynnhaven area, where its first branch is located. 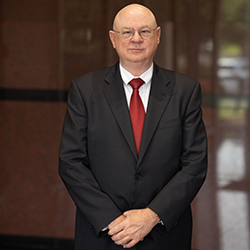 Integrity Bank for Business plans to open in May