Over the next several years, the Hampton Roads area will need about 8,000 more people ready to take skilled jobs in the maritime industry, officials at the Maritime Industrial Base Ecosystem estimate.

Leaders from higher education and other organizations across the Hampton Roads area are stepping up to make sure those positions don’t go unfilled.

“We talk about it on a daily basis,” says Tamara Williams, vice president of workforce solutions for Tidewater Community College. “We are in deep collaboration with our industry partners on their needs.”

In April, Gov. Ralph Northam announced that TCC’s maritime trades programs had received a $100,000 grant from the state’s GO Virginia economic development initiative. TCC administrators are using the money to expand the school’s welding program by 33%, which means accommodating an additional 40 students per year. Some of the grant money also will go toward helping TCC relocate its marine coating program from Suffolk to the school’s Skilled Trades Academy in Portsmouth. The program, which trains students how to prep, treat and paint ship surfaces to protect vessels from corrosion, will expand to accommodate an additional 84 students per year.

In August, TCC staffers were busy installing 12 new welding booths at the Skilled Trades Academy. Once completed, the school will offer 22 welding booths, making it one of the area’s largest welding labs, according to Williams.

TCC, which was named a Center of Excellence for Domestic Maritime Workforce Training and Education by the U.S. Department of Transportation’s maritime administration in May, also is developing mobile welding and electrician-training labs, Williams says. She hopes to have both on the road by early 2022.

The goal of putting programs already offered by the community colleges on the road, Williams explains, is to make sure people in low-income neighborhoods who don’t have reliable transportation have the opportunity to take part. “That’s why we want to take training to the community,” she says.

Since 2017, about 2,000 students have completed the pre-hire program, and 90% have been hired directly into one of six trades in the shipbuilding and ship repair industry, he says.

“We hope to build upon the success of this program and great partnership by adding program content to address advanced skills, by expanding offerings to new in-demand trades and by increasing overall program capacity so we can serve more students,” Estes says.

The three schools also are preparing to train workers for positions outside traditional shipbuilding and repair positions — particularly in the offshore wind sector. Hampton Roads economic development officials are working to establish the region as a supply chain hub for the development of offshore wind farms along the East Coast, such as Dominion Energy Inc.’s $7.8 billion Coastal Virginia Offshore Wind project, which aims to erect about 180 massive wind turbines
27 miles off the Virginia Beach coast, beginning in 2024.

“We know that that’s going to mean even a larger increase [in the number of] workers that are needed,” Williams says.

Higher education leaders aren’t the only ones working to address the maritime labor shortage. “That’s what we’re here to do — try to make sure we fill these jobs down here,” says Shawn Avery, Hampton Roads Workforce Council president and CEO.

With $663,696 in GO Virginia grant funding, the workforce council’s employees are working closely with maritime employers to identify staffing and training gaps that need to be filled, collecting labor market information and business intelligence along the way. “Then we take that information and give it to the educational partners,” Avery explains.

Hampton Roads workforce development leaders also hope to tap individuals transitioning out of the military to fill some of the estimated 8,000 jobs needed in the maritime industry.

The Department of Defense’s SkillBridge program allows service members to complete industry training, apprenticeships or internships during their last 180 days of service. One option for SkillBridge participants in the Hampton Roads area is to enroll in the Marine Trade Training program offered by the Virginia Ship Repair Association. There, they learn about assembly, installation and maintenance of mechanical piping systems as well as various welding techniques used in the maritime industry.

“It kind of gives them an introduction to those skill sets and then they’re picked up by one of our local companies,” explains Steve Cook, chief innovation officer for the Hampton Roads Workforce Council. 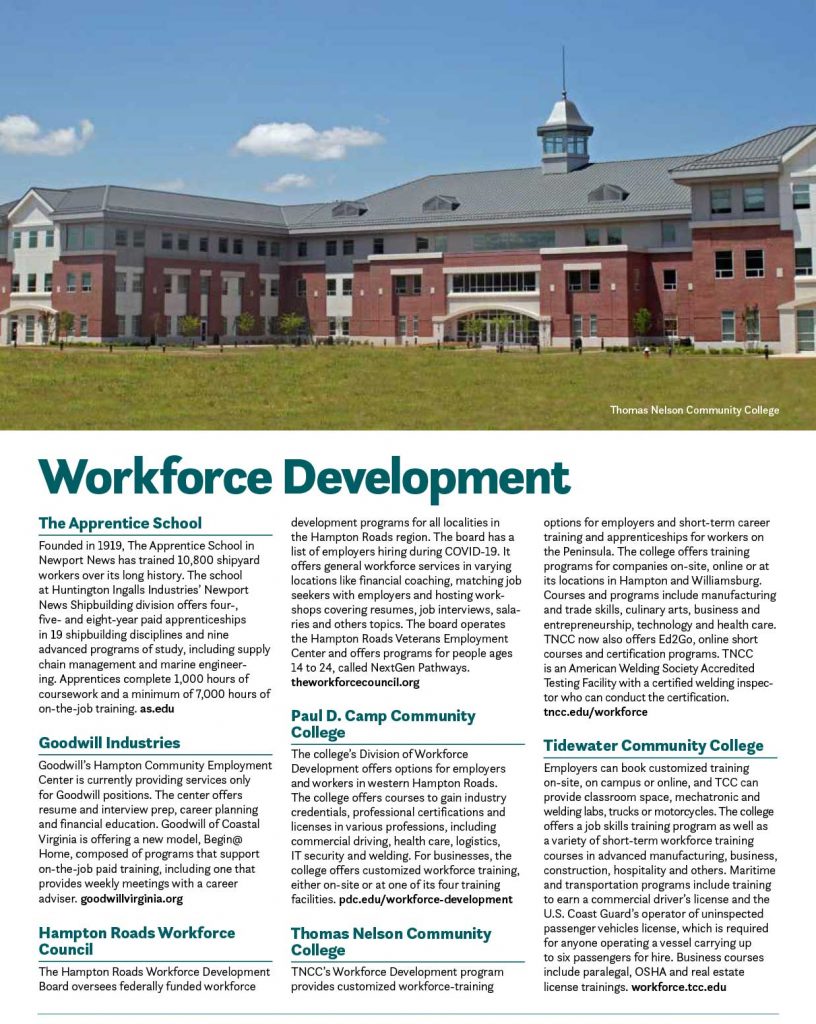 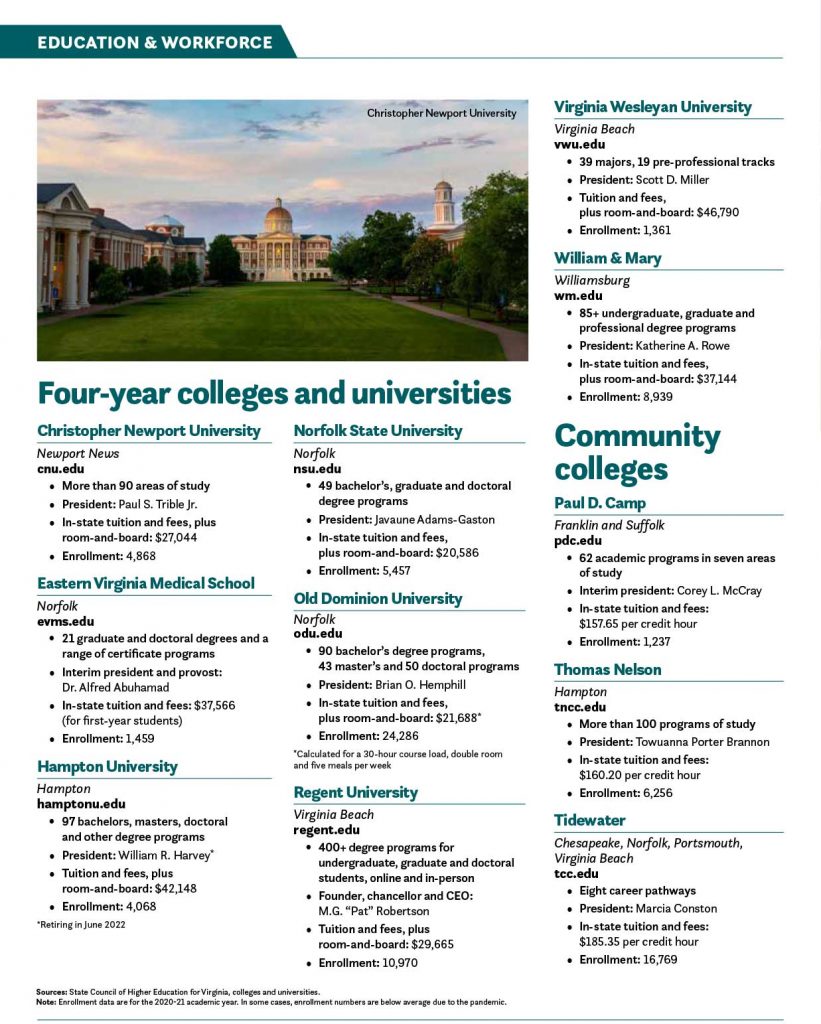