Breeze Airways takes off in Norfolk

Breeze Airways has been flying out of Norfolk International Airport less than six months, but the startup is steadily attracting passengers eager to satisfy their pent-up wanderlust.

Targeting leisure travelers, Breeze flies out of Norfolk two to four times a week. More than 18,000 passengers traveled on Breeze flights into and out of Norfolk during summer 2021, including 2,457 passengers in June, 5,159 in July and 10,523 in August. Charles Braden, Norfolk International’s director of market development, credits the spike to increased name recognition.

Still, the August numbers represent only about 3% of the airport’s passengers. “Breeze is relatively small compared to other airlines,” Braden notes.

Launching a new airline amid a pandemic is not the norm, he acknowledges, but from Breeze’s perspective, he explains, “the pandemic is a greater reason to start because of their intention to bring low-fare service to the public.”

Breeze, which focuses on smaller, secondary airports with routes averaging fewer than two hours in the air, is on track to invest $5.2 million in an operations center in Norfolk, creating 116 jobs, says Gareth Edmondson-Jones, the airline’s director of corporate communications. “There’s lots of growth to come,” he adds. “We look at where there is opportunity and the most demand. Norfolk fits that bill.”

The 116 employees include flight crew and maintenance personnel, Braden notes.

Some of Breeze’s 80 new A220 Airbus planes serving routes longer than two hours’ flight time could land in Norfolk after they enter service in spring 2022. “It’s safe to say you will see the A220 flying into Virginia,” Edmondson-Jones says, adding that the airline also plans to add cities to its network in 2022. Currently, Breeze flies a larger version of regional jets.

Braden believes the airline will continue to attract more Norfolk passengers. He notes that Breeze is one of five airlines started by Neeleman, including JetBlue Airways. “That gave the industry, as well as our local community, great confidence. There’s strong financial backing and strong management behind the airline, and their future is bright.”

Breeze Airways setting up base in Norfolk

Project to create 116 jobs, with flights out of Norfolk, Richmond 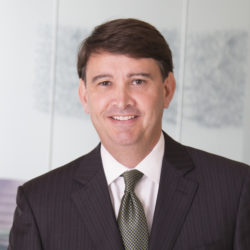