Virginia Beach-based real estate development firm The Breeden Co.’s general contracting company announced Thursday that it has been contracted to develop the $38.9 million second phase of Center West Apartments in Midlothian, not far from the Westfield Commons Shopping Center.

Charlottesville-based Castle Development Partners owns the multifamily project, which was referred to as Watkins Centre in the $30.3 million first phase, for which Breeden Construction LLC was the general contractor. In the second phase, Breeden Construction will add 252 apartment units to the existing 200 apartments for a total of four four-story buildings. The apartments will be a mix of one-, two- and three-bedroom units. Construction is set to begin in November and be completed in about 18 months.

“We are pleased to serve as general contractor again for Castle Development Partners and look forward to expanding such a beautiful apartment community,” Breeden Construction President Brian Revere said in a statement. 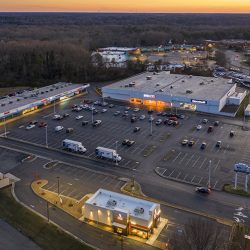