BREAKING: Liberty board says outside firm will investigate university’s finances

Falwell's era as president will come under scrutiny, trustees add.

The Liberty University Board of Trustees announced a “leading forensic firm” will conduct an investigation into the university’s operations during Jerry Falwell Jr.’s 13-year tenure as president.

The firm, which is not named in the statement, will investigate financial, real estate and legal matters from Falwell’s time as president, the board said in a statement Monday afternoon.

Under pressure, Falwell resigned last week as president of the university after a Reuters report that he and his wife, Becki Falwell, had been involved in a years-long sexual relationship with a young business associate. Aside from the moral implications of the president of the country’s most prominent evangelical university and his wife involved in a sex scandal, the report — and others in recent years — also raised questions about Falwell’s use of the university’s funds to benefit himself and his family.

In a statement released Monday afternoon, the Liberty Board of Trustees said, “It’s certainly fair to say that there were questionable comments made, worrying behavior and inappropriate social media posts, but all the signs were not there until the start of last week. While we still didn’t know the full scope of the matter, we have learned enough about the past to know that we had no choice but to take the leadership of Liberty University in a new direction.

“We are also committed to learning the consequences that have flowed from a lack of spiritual stewardship by our former president. One of the leading forensic firms in the world has been retained by Liberty University’s Board of Trustees to conduct a thorough investigation into all facets of Liberty University operations during Jerry Falwell Jr.’s tenure as president, including but not limited to financial, real estate and legal matters.”

Falwell resigned Aug. 24 after having been placed on an indefinite leave of absence earlier in the month. His departure came after two days of revelations — including his own statement Aug. 23 acknowledging that his wife had had an “inappropriate relationship” with a young man that became involved in business dealings with the family. However, in a Reuters interview that was posted the following afternoon, Giancarlo Granda said that he had a sexual relationship from 2012 to 2018 with Becki Falwell, with the full knowledge and consent of Jerry Falwell Jr., who often watched them having sex, according to Granda. He said he met the couple in March 2012 at the Fontainebleau Miami Beach hotel, where he was a pool attendant.

Falwell denied his involvement in the affair, and Granda, in turn, denied trying to extort money from the couple, as Falwell claimed in his statement. Both acknowledged, however, that Granda had managed a Miami Beach youth hostel that a shell company under Jerry “Trey” Falwell III’s name purchased in 2013 for $4.65 million. According to a 2017 Politico article, Falwell III was given the money to purchase the property by his father, Falwell Jr.

Other reports, including a 2019 story by Reuters, revealed that Falwell had approved real estate transactions by Liberty University, which as a 501(c)(3) nonprofit does not pay taxes, that helped his personal fitness trainer Benjamin Crosswhite obtain an 18-acre racquet sports and fitness facility on former Liberty property.

Falwell went on leave at the request of the board Aug. 7 after he posted an Instagram photo of himself and his wife’s assistant. Taken at a yacht party, the photo shows Falwell with his arm around the woman, while both of their pants are partially unzipped and Falwell is holding a glass of dark liquid that he said was “black water” and “a prop.”

According to a Politico story, the yacht belongs to NASCAR mogul Rick Hendrick, with whom the university has a sponsorship deal. Several people connected with Liberty called for Falwell’s resignation after the controversy, which followed others earlier in the year, including a tweet depicting Gov. Ralph Northam’s infamous blackface yearbook photo that prompted some Black employees and students to leave Liberty, and Falwell’s decision in March to invite students back to campus after spring break, when most other colleges and universities were telling students to stay at home in light of the COVID-19 pandemic.

Jerry Prevo, the sitting president and former chair of the Board of Trustees, has been charged “to use the full range of his presidential authority to implement any changes necessary to improve the ongoing operations of the university, and to enrich the spiritual mission of Liberty University,” according to the board’s statement Monday. The search for a new president will start soon, and the board is also considering a new top leadership position that would serve as the next president’s “spiritual coach, mentor and guide.”

A group of Liberty alumni who have been critical of Falwell, Save71, have called for the current board of trustees to resign, and for a new group of trustees to “remove all the beneficiaries of Falwell’s inappropriate nepotism,” hire independent legal counsel to investigate claims of “financial corruption.” The group also says that Liberty’s accreditor, SACS, should open an investigation into the university.

In tweets this afternoon, Save71’s leadership wrote, “We need a lot more detail before we can trust the legitimacy of this investigation,” and called for the board members to “address their own lack of stewardship.” 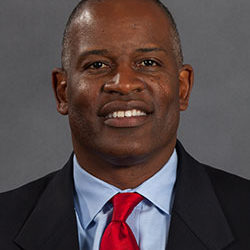 Turner Gill, Kelvin Edwards will focus on diversity and inclusion