David Silver fell into the nonprofit world by chance.

After graduating as a Russian history major from the University of Maryland in the midst of the early 1990s recession, Silver worked for several years at hotels and restaurants, where he wound up performing back-office bookkeeping.

Discovering an aptitude for accounting, he pursued a master’s degree in business administration from Johns Hopkins University, where he eventually landed his first nonprofit higher education accounting position, working in the Johns Hopkins controller’s office. There Silver forged his career in nonprofit higher education, going on to work for the University of Maryland as the executive director, assistant treasurer and CFO for the university’s foundation.

In 2018, Silver was hired as CFO for Virginia Commonwealth University’s Medical College of Virginia Foundation, a nonprofit foundation that oversees approximately $650 million in total assets. Through fundraising campaigns, it provides scholarships, professorships, research and program funds for VCU Health, the VCU/MCV health sciences schools and the Massey Cancer Center.
He inherited “a shop that in a lot of cases was frozen in time from the early 2000s,” Silver says. At the time he was hired, it had also been more than a year since the foundation had a permanent CFO, adds MCV Foundation President Margaret Ann Bollmeier.

During the past two years, Silver has worked to modernize the foundation’s financial and technology reporting procedures and has made mentorship and teamwork a priority.

“You’re only as good as a CFO or controller as your team,” Silver says, adding that it’s important to “really focus on developing your people. It’s super important as a manager to help your staff develop their skillset and be a resource and a mentor so they can grow.”

As the CFO of a small nonprofit, Silver wears a lot of proverbial hats, ranging from facilities management to human resources duties. One of his top priorities has been creating a space where employees enjoy working. With only 17 employees, Silver has worked to break down existing silos between the finance, marketing and fundraising teams to create a stronger and more collaborative environment. Eliminating chokepoints in collaboration between departments and updating the nonprofit’s information technology infrastructure and software also has resulted in increased employee retention, Silver says.

“He’s highly respected and really well-liked by our team,” says Bollmeier. “I really appreciate the relationship building that he’s done for us because that’s such an important part of all of our constituents having confidence in us.”

That confidence paid off after COVID-19 hit and enrollment at MCV and the needs of other MCV Foundation clients were in question.

Luckily, the foundation had enough funds on hand when the coronavirus hit and did not need to raise additional money to cover any needs for its campus partners. Silver has incorporated lessons learned from the unforeseen pandemic and its accompanying economic crisis into his strategic financial planning for the foundation.

“I’m going to be paying a lot more attention to liquidity and making sure that if the campus needs financial resources in a hurry that we can do that very quickly,” Silver says. “For me, this is probably the most important issue I’ve got to deal with right now … just making sure when the campus needs money, we have it and it’s ready.”

Aside from his duties to the foundation, Silver likes to decompress in the sky. A licensed private pilot since 2014, he rents and flies airplanes from the Hanover County Municipal Airport. Soon he hopes to obtain an instrument flight rules rating, which will allow him to fly in clouds or during days with poor visibility.

“Ever since I was a kid, I was fascinated by airplanes, and it was nice that I finally had the time and the resources to get my pilot’s license,” he says.

Here are the rest of the 2020 Virginia CFO Awards winners. 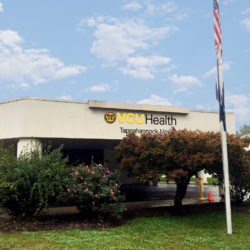