When President Obama announced a plan in January to make two years of community college tuition free, Bruce Scism, president of Danville Community College, was very familiar with the idea and knew how it might work.

Tennessee, Scism says, has had a successful tuition-free policy at its technology centers. These schools focus on teaching technical skills, in contrast to community colleges that also offer traditional academic college courses leading to an associate degree.

So this past fall, beginning with the class of 2015, Tennessee extended its tuition-free policy to all of its community colleges. “The Tennessee plan was the foundation for President Obama’s proposal,” Scism says.

‘Tennessee Promise’
Scism explains how the “Tennessee Promise” got its start.  “Any high school student can come into a technology center free,” he says. “The on-time completion [percentage] rate has been running into the mid-70s and mid-80s.”

That record gave Tennessee an incentive to extend its tuition-free policy beyond the technology centers.

The Volunteer State also had other motivations. Tennessee officials have bemoaned the fact that their state ranks 43rd in the nation in its share of residents who’ve completed college and that just 32 percent hold at least a two-year degree.

Those numbers represented a potential shortage of educated workers to fill high-skilled jobs. To increase the number of educated workers, Tennessee’s Republican governor, Bill Haslam, announced in February 2014 that the state would jump-start the nation’s first-ever program of providing a tuition-free community college education to all state residents, regardless of merit or need.

The “Tennessee Promise” program is being funded by $110 million from the state’s lottery reserves, along with a $47 million endowment established by the Tennessee General Assembly.
“They did it because of economic development,” Scism says of the Tennessee plan. “I think it’s a good thing. It positions them competitively. Industry is always looking for where it can get a qualified workforce.”

Training support
Several of the community college presidents suggested that Virginia consider funding noncredit and workforce development training, a practice followed in some other states. 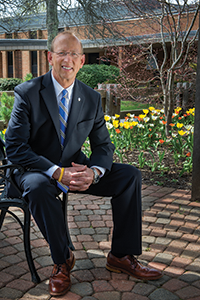 “The chancellor is working hard to highlight the importance of noncredit and workforce development training,” Couch says of Virginia’s efforts to persuade the legislature to lend financial support to these programs, which can accelerate the availability of skilled workers.

“Workforce development is the issue of our time,” says Glenn DuBois, chancellor of the Virginia Community College System. He has been barnstorming the state and holding town meetings to assess Virginia’s unmet needs in critical, high-demand and well-paid job skill categories such as welders, plumbers and truck drivers.

“The most unfilled job in Northern Virginia is electrician,” DuBois says, noting that such high-skill jobs can offer qualified applicants with the proper industry credentials the fastest way out of poverty.
In the fall, he will present his findings to the state legislators as Virginia works to catch up with neighboring states such as North Carolina and Maryland, which already offer substantial state financial aid for noncredit and workforce development programs to match industry credentials.

In the last session of the Virginia General Assembly, legislators got a start on such efforts by budgeting $1 million for the first-ever student financial aid for community college noncredit programs targeted to industry standards and aligned with regional workforce needs.

The Texas approach
Edward “Ted” Raspiller, the president of John Tyler Community College, says that Texas, where he previously worked, puts a premium on community colleges and workforce training as part of its economic development efforts.

“Texas has been quite aggressive in seeking companies to relocate there or expand there,” he says. “By design, their economic incentive packages include workforce training and development funds that must be administered through the local community college.”

“It does help incentivize companies to do training with the local [community college] to keep their workforce prepared with cutting edge skills, and it allows the community college to keep its programs state-of-the-art for those [students] as well as students who come in search of skills to get back into the workforce after a layoff, etc., or to get better paying jobs,” Raspiller says.

Yet in many other areas, local property taxes are also a big part of the mix, and in some states they support the bulk of funding.

In addition, many states have local boards with strong governing powers over the local president and the direction an individual college will take.

By contrast, Virginia has a centralized system in which community college presidents report directly to the chancellor, with local boards serving in an advisory capacity. 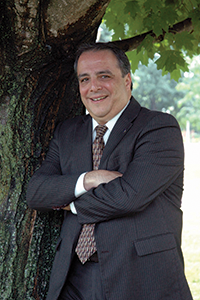 John J. Rainone, president of Dabney S. Lancaster College in Clifton Forge, says the two previous states he has worked in, New Hampshire and Maine, had systems similar to Virginia’s.

He says one of the advantages of a centralized system is that Virginia’s 23 community colleges, on 40 campuses, can use scale and size to work together for everyone’s advantage.

Rainone notes that the most recent example of that cooperation is Dabney Lancaster’s bookstore, now operated by the Follett Higher Education Group. Follett also operates bookstores at other community colleges in the state.

“To entice a third party to run our bookstore would have been difficult,” Rainone says, noting that small, rural institutions such as Dabney Lancaster, which also has a regional center in Rockbridge County, would be at a distinct disadvantage.

So, a centralized system that can negotiate a multi-campus contract gives Dabney a boost. “We receive more services and better prices than we could individually,” Rainone says.

He says another important resource for a centralized system such as Virginia’s is that institutions freely share best practices.

“I think any college or any system can learn from each other,” he says.