Born in the 19th century

Law firm has adapted over its long history

In Washington, D.C., in 1842, Virginian John Tyler was serving his second year as the “accidental” president of the United States after the death of William Henry Harrison.

In London that year, Queen Victoria became the first British ruler to travel by train.

In Richmond, 14-year-old Alexander Hamilton Sands went to work in his brother’s Richmond law office, leaving his Latin studies at the College of William & Mary’s grammar school after the unexpected death of his father. That event laid the foundation for the Richmond-based law firm that would evolve into Sands Anderson, which celebrates its 175th anniversary this year. 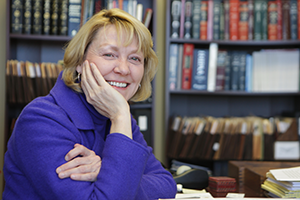 “We’re very proud of how long we’ve been around. [We’re] proud of our history but focused on our future,” says Margaret F. Hardy, who was elected as the firm’s first female president in January.

“I think our history says a lot about our firm and its resiliency and the commitment of those who practice here, our ability to change and adapt as the environment has changed and adapted,” Hardy adds.

The firm has offices in Richmond, McLean, Christiansburg, Fredericksburg and Raleigh, N.C.

During its history, Sands Anderson has produced a state attorney general (Jerry Kilgore, now a partner at McGuireWoods), a Richmond mayor (the late A. Scott Anderson) and a number of judges, including the late U.S. District Court Judge J. Calvitt Clarke and the late Henrico County Circuit Court Judge Edmund W. Hening Jr. (who also was a former Henrico commonwealth’s attorney).  In fact, the last of the Sands family to practice with the firm was Richmond Law and Equity Court Judge Alexander Hamilton Sands Jr., who died in 1996 at age 88.

Judge Sands, the grandson of the firm’s founder, was instrumental in preserving its long history. “Judge Sands came here … several decades ago, and sat down with anybody who wanted to come, and he talked about the firm and his family and gave an oral history of where we had been, which I thought was awesome, so we didn’t lose all of that,” recalls Douglas P. Rucker Jr., the firm’s senior partner and one of several Sands Anderson attorneys to have served as president of the Virginia Bar Association.

While Sands, the firm’s founder, began his legal career in 1842, he didn’t formally obtain his license to practice law until age 21 in 1849. A prolific author of legal tomes, he also edited a Richmond newspaper, the Evening Bulletin, and briefly served as a substitute editor of the Southern Literary Messenger, a magazine best known for having employed Edgar Allan Poe as a staff writer and editor.

In addition to working as a lawyer and newspaper editor, Sands, the father of 13, was also a Baptist minister who founded churches in Ashland and Glen Allen. He died at age 59 in 1887.

The firm’s name has changed over the years. During the Civil War, it was known as Howard and Sands. Much of the firm’s early historical records were lost in the April 1865 evacuation fire when Richmond fell to Union forces. It became Sands and Sands in the late 19th century as the founder’s sons joined the firm and guided it on into the 20th century. 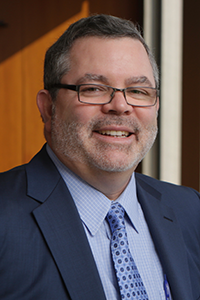 Over the years, the firm has been known for its strong civil litigation and business and governmental law practices. In the 1970s and 1980s, it represented clients in many asbestos lawsuits in Virginia. With more than 50 attorneys, the firm isn’t small but it also isn’t large, which helps create a close-knit, familial culture, says L. Lee Byrd, the firm’s immediate past president.

Sands Anderson has many attorneys who are involved in community volunteerism and pro-bono work. The firm itself is undertaking a statewide volunteer initiative to promote childhood literacy in cooperation with groups such as the Central Virginia Children’s Book Bank, a program of the Children’s Museum of Richmond.

As the firm moves toward its 200th anniversary in 2042, it is focused on strategic planning and cultivating its next generation of attorneys as well as updating its technology to improve client services.

The firm is seeking to expand its client base along the mid-Atlantic region, particularly focusing on “private business concerns and growing that [clientele] because that’s where a lot of the action is, so to speak, in the new types of law that are coming along,” Byrd says.
“We really are excited about our firm and our future and what we have built and what we have yet to build,” he adds.