Karen Dahut will be the CEO of Google Public Sector, Google LLC’s subsidiary focused on government and educational contracting work.

Dahut starts Oct. 31 and will be based out of Google’s Washington, D.C., and Reston offices, according to a news release. She takes the place of Will Grannis, Google Public Sector’s founding CEO, who is returning to his role as chief technology officer of Google Cloud.

Google Public Sector was formed in June and is focused on bringing Google Cloud technologies, including artificial intelligence and machine learning tools, to federal, state and local government customers and educational institutions. Google Public Sector has a separate board from Google LLC and its operations includes specialized sales, customer engineering, support, channel and partner programs, and security operations.

Dahut will leave her role as a sector president at Booz Allen Hamilton, where she led the company’s $4 billion global defense business. Before joining Booz Allen, Dahut served in the Navy for six years, reaching the rank of lieutenant and serving at the Navy Medical Research Institute, a facility in Bethesda, Maryland, that was closed in 1998. As a civilian, she worked for 11 years for the Logistics Management Institute, a Tysons-based nonprofit federal contractor, before going to Booz Allen. She earned her bachelor’s degree in business finance from Mount St. Mary’s University in Maryland, and a master’s degree from the Viterbi School of Engineering at the University of Southern California. 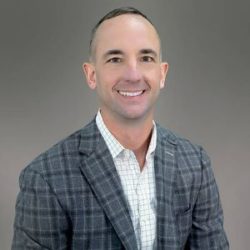