While U.S. cities are vying to land Amazon’s second North American headquarters, one Shenandoah Valley county is reveling in the online retailer’s decision to open a warehouse and distribution center in its backyard.

Amazon is building a 1 million-square-foot fulfillment center in the White Hall Commerce Center in Frederick County. The project is expected to create more than 1,000 jobs.

Officials say the decision is a testament to Virginia’s extensive transportation network, which offers companies access to major markets.

“Virginia is within a one-day drive of more than 40 percent of the U.S., making the commonwealth and Frederick County an ideal location for the distribution and global logistics industry,” Todd Haymore, Virginia’s secretary of commerce and trade, said in announcing Amazon’s decision in March.

The $105 million facility should be fully operational by year’s end. Employees at the fulfillment center will pick, pack and ship large customer items such as big-screen televisions, kayaks and patio furniture, the company said.

The work on the Frederick facility has been overshadowed in recent weeks by a competition involving cities throughout the nation for another Amazon prize. The Seattle-based company announced in early September that it plans to build a second, $5 billion headquarters occupying 8 million square feet that would house 50,000 employees in high-paying jobs. The deadline for the “HQ2” proposals was Oct. 19.

Before announcing the headquarters project, Amazon already was involved in a major expansion of its warehousing and distribution network (including the Frederick facility) that will create more than 100,000 jobs across the U.S. during the next 18 months. Akash Chauhan, Amazon’s vice president of North America operations, said the expansion in Virginia is the result of “incredible customers” and “an outstanding workforce.” 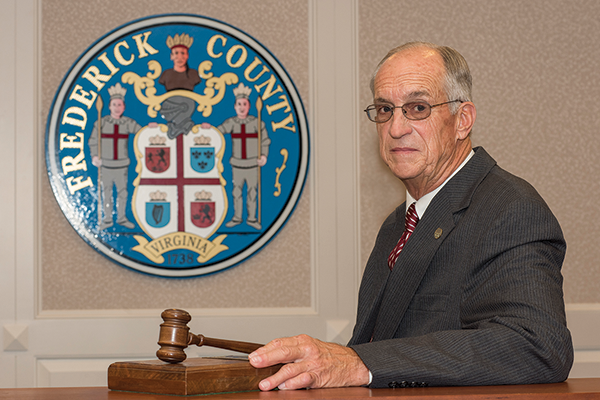 Charles S. DeHaven Jr., chairman of the Frederick County Board of Supervisors, says the top of Virginia has a lot to offer companies like Amazon, including accessibility to major markets, infrastructure, a competitive workforce and a good quality of life. “We look forward to creating a lasting partnership,” he says.

Navy Federal expansion
Amazon is the second company to announce a major business initiative in Frederick this year.

Navy Federal Credit Union broke ground in January on a $100 million expansion of its Winchester call center operations that will add 1,400 jobs to the local economy. The site plan for a three-level, 180,000-square-foot building has been approved and construction on the structure will begin after a new parking garage on the property is completed. The expansion project is scheduled to be finished in early 2019.

Navy Federal, the world’s largest credit union with more than 7 million members, serves active and retired U.S. armed forces personnel as well as federal civilian and contract workers and their families. The company began operations in Frederick in 2006 and is the county’s largest private employer, with roughly 1,400 workers split between two facilities. The new building will nearly double Navy Federal’s workforce in the area. On average, the local call center answers 27,500 member calls per day, or 9.8 million calls a year.

“Our continued growth is a reflection of the service we provide each and every day to servicemen and women and their families, our members,” says Susan Brooks, senior vice president of contact center operations in Frederick County. “Our continued expansion reflects our commitment to make member service our number one priority.”

Brooks says Navy Federal has found a home in Frederick County. “We have a lot of great, hardworking individuals in Frederick County who are committed to serving our 7 million members. I’m confident that trend will continue as we bring on more people.”

In addition to a $2 million grant from the Commonwealth’s Opportunity Fund to assist Frederick County with the project, Gov. Terry McAuliffe approved $4 million in funds from the Virginia Economic Development Incentive Grant program, which is reserved for exceptional economic development projects with large numbers of employees and high wages relative to the average pay of a particular area.

“We are thrilled and humbled to have welcomed Navy Federal and Amazon into our business portfolio this year,” says Patrick Barker, executive director of the Frederick County Economic Development Authority. “Companies have a choice in where they expand. We are pleased they chose Frederick County. The capital investment and new job creation resulting from their commitment is historic in nature for the county, further diversifying our economy and offering broadened career opportunities for our growing workforce.”

84 Lumber
Frederick’s manufacturing sector welcomed another corporate partner in August when building materials supplier 84 Lumber opened a $3.9 million facility in the Stephenson area for the production of roof trusses. The facility, part of the company’s manufacturing division, 84 Components, promises to add 100 jobs.

With trusses now being used in more than 80 percent of new residential construction, production needs have skyrocketed, 84 Lumber said. The company will leverage the new software designs, computerized saws and specialized jigging equipment to produce trusses for buildings of all sizes.

The Stephenson location, measuring more than 32,000 square feet, will be the first 84 Lumber location of its kind in Virginia and build upon an existing footprint that includes stores in Front Royal and in Martinsburg and Ranson, W.Va.

In addition, American Woodmark, a major manufacturer of kitchen and bath cabinets for the home, is consolidating its headquarters operations in Frederick. The project will retain 377 jobs, while creating 55 more.

“Manufacturing is the county’s largest employment sector, one that is further strengthened by these announcements,” says DeHaven, the board of supervisors chairman.

According to Barker, Frederick is among the top 15 percent in new capital investment and job creation among Virginia localities during the past decade and in the top 10 percent during the past three years.

“The county hopes to leverage these projects, coupled with a supportive and pro-business mentality, to empower its economic future,” he says.

Elsewhere in the valley, Shamrock Farms, one of the largest family-owned dairies in the U.S., plans to expand its Augusta County operations, adding more than 70 jobs. The expansion is expected to more than double its production capacity in response to growing demand.

In addition to investing more than $40 million in the expansion, the Arizona-based company has committed to spending an additional $24 million on Virginia milk, quadrupling its current purchases of agricultural products from the commonwealth.

Shamrock Farms’ products are sold in more than 50,000 quick-service restaurants and 36,000 grocery and convenience stores nationwide.

Also in Augusta, The Hershey Co. is adding 69 jobs and millions of dollars in new machinery to increase production in Stuarts Draft, home to the chocolate maker’s second-largest U.S. facility.

The expansion is Hershey’s eighth in Augusta since the Stuarts Draft plant was opened in 1980. Most recently, the company added a new product line in August 2016.

Meanwhile, discount grocer Aldi is building an 11,000-square-foot store on East Market Street in Harrisonburg near the Valley Mall. The location is slated to open next year.

Aldi, whose parent company is based in Germany, operates more than 1,600 stores in the U.S., including locations in Winchester and Waynesboro. The company sells only the most frequently purchased grocery and household items, including fresh produce, bread, dairy, beef and organic products. The vast majority of these products are sold under the Aldi label.

The company plans to open 650 stores in the U.S. by the end of next year. 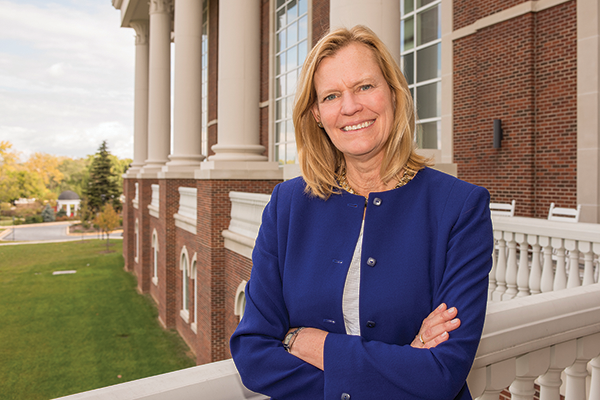 Meanwhile, Winchester-based Shenandoah University and Falls Church-based Inova Health System have announced a partnership to educate the next generation of health-care professionals, with new programs in nursing, public health, pharmacogenomics and information technology. The venture will be based at the Inova Center for Personalized Health (ICPH) in Fairfax County.

The university’s presence at ICPH will include nearly 28,000 square feet of administrative, classroom and clinical space.

The majority of the new programs began in August. Master’s degree programs in pharmacogenomics and precision medicine and a postgraduate certificate program for adult gerontology primary-care nurse practitioners are slated to begin next August. Students in these programs will have the opportunity to complete clinical experiences and rotations at Inova facilities.

Adrienne Bloss, Shenandoah’s vice president for academic affairs, said the partnership will produce skilled practitioner-leaders “who are experienced in the interprofessional, team-based care model and play an important role in health-care delivery in the region immediately upon their graduation.”