A few Virginia companies are dipping a toe into the paid parental leave pool. But Iron Bow Technologies has jumped in with both feet.

The benefit is well-suited to the company, where the average age is just over 40, says Debbie Yassine, vice president of human resources. “For grandparents, this is just a joy.”

Yassine understands this firsthand. “Yes, I’ve taken full advantage of it. There have been six additions to my family — three in the last year alone. It’s great to take care of my daughters, and I don’t have to deplete my [paid time off].”

But only about 14 percent of U.S. workers currently receive some type of paid parental leave from their employers in order to bond with newborns, according to the U.S. Bureau of Labor Statistics.

Earlier this year, Gov. Ralph Northam signed an executive order granting eight weeks of leave at full pay to state employees for the birth or adoption of a child. Virginia Tech and the University of Virginia announced recently they were expanding the policy to cover additional employees.

U.S. workers at companies that have at least 50 employees are covered by the Family and Medical Leave Act, which allows up to 12 weeks of leave per year to care for family members, including elderly parents. But that’s unpaid leave.

Both political parties have made attempts to address paid leave over the years, so far without success. The White House included a paid parental leave plan in its 2019 budget proposal but offered few specifics. This summer U.S. Sen. Marco Rubio (R-Fla.) proposed legislation that would allow new parents to receive early Social Security benefits to use for paid leave, in exchange for delaying Social Security benefits when they retire.

It may not yet be a commonplace benefit, but the concept of paid parental leave is popular. Seventy-four percent of registered U.S. voters said they supported requiring employers to offer paid parental leave for new parents, according to a Fortune-Morning Consult poll.

And four out of five respondents to a Deloitte survey said they would be happier in their workplace if additional parental leave was an option. In that survey, 77 percent said the amount of parental leave offered could sway their decision when choosing one employer over another. 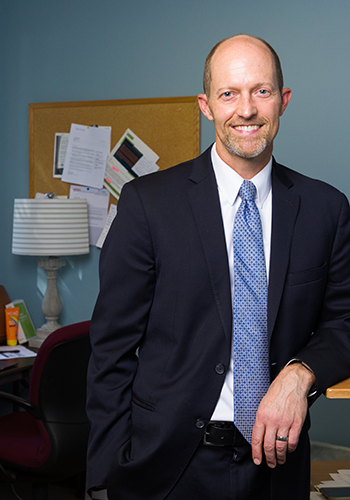 The business case for providing such leave is “pretty solid,” says Tom Spiggle, founder of The Spiggle Law Firm in Arlington. “You don’t want people coming back early after having a child just because they can’t afford to stay home. It helps with morale. It helps with branding. It says, ‘We are family friendly.’

“More sophisticated companies want to do the right thing; they want to retain employees,” he says. “Paid leave can mean the difference between staying or leaving, between taking the job or not taking the job, especially for millennials.”

But paid parental leave “is so complicated, it’s easy to get it wrong,” according to Spiggle. “Under the law there are no specific terms,” but pregnancy-related needs might be seen as “a subset of parental leave. Pregnancy could mean for physical recovery.”

And Spiggle warns that although a policy can allow extra time for a woman to physically recover from childbirth, under Title VII of the Civil Rights Act of 1964, the policy cannot treat women and men differently when it comes to allowing leave to bond with a newborn.

He notes that last year the Equal Employment Opportunity Commission (EEOC) sued Estée Lauder, claiming the company provided new fathers less paid leave to bond with a newborn, or with a newly adopted or foster child, than it provided new mothers. The parental leave was separate from medical leave received by mothers for childbirth and related issues.

The EEOC announced in July that Estée Lauder had agreed to pay $1.1 million and is required “to administer parental leave and related return-to-work benefits in a manner that ensures equal benefits for male and female employees and utilizes sex-neutral criteria, requirements and processes.”

Maternity and paternity leave “should be balanced, if you want to stay on the right side of the law,” Spiggle says. “If I were advising a company, I’d say, why not make it completely equal?”

Paid parental leave for adoption is covered by Title VII, Spiggle says, but it’s not clear whether Title VII covers leave in the case of same-sex spouses. “From a business perspective, I don’t know why you wouldn’t offer it. Unless the company is trying to make a moral or legal point, it doesn’t make sense to not cover them.”

Concerns about leave
Male employees may express support for paid leave, but they often worry about actually taking it. Although 63 percent of respondents to the Deloitte survey said that women and men should receive similar amounts of leave, one in three men surveyed said they were concerned that taking leave would jeopardize their careers. More than half of the men said they felt that using those benefits would be viewed as a lack of commitment to their jobs.

At Iron Bow Technologies, Yassine says male employees have been reluctant to take extended unpaid Family and Medical Leave Act leave, but “most are comfortable with a week” under the paid-leave policy. 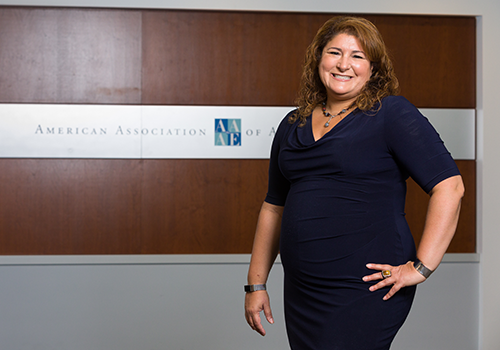 “We started two or three years ago with 20 days of maternity leave and 10 days of paternity leave, but we bumped up paternity leave. Our staff suggested we level that off,” says Maria Bremis, vice president of compliance, diversity and human resources. The policy includes four weeks of paid leave. “Everyone who has had the opportunity has taken it. Mother and father.”

Companies that offer paid parental leave have the right to set eligibility rules and can require employees to use their vacation, sick leave or personal time off benefits before collecting parental leave pay, according to the Society for Human Resource Management.

At AAAE, paid parental leave runs concurrent with unpaid leave from the Family and Medical Leave Act. That means for four of the 12 weeks of unpaid leave mandated by federal law, AAAE employees are actually getting paid, according to Bremis. All other forms of paid leave run consecutively.

Parents may take the leave at any point in the first year after a birth or adoption, Bremis says. “Different employees have different needs for child care. The first father who took leave took it in spurts over the course of the year. Mothers tend to take it all at once at the beginning.”

The association, which has about 70 employees, finds that the policy has been very good for staff morale, she adds. “It’s been a driving force. It’s something the staff was looking for.”