Four of Virginia’s most picturesque municipalities — Harrisonburg, Lynchburg, Middleburg and Staunton — once were rather limited in their ability to attract meetings and conventions. The demand wasn’t there, and neither was the capacity.

But in the past 20 years, demand has arrived. Business and leisure travelers alike have developed a big appetite for the kind of local flavor that these communities offer, and that is a trend that shows no sign of abating.

Until recently, however, these communities lacked the facilities to fully leverage their charms, but that, too, now is changing. New hotels have opened, while old ones are expanding and updating in these up-and-coming markets.

In Harrisonburg, the arrival of the 230-room Hotel Madison and Shenandoah Valley Conference Center downtown has given the city’s hospitality industry a big boost. Judy Wilbur, the hotel’s director of sales and marketing, says that since the complex opened last May, the Madison has hosted more than 500 meetings, the largest of which, for the Virginia Benefit Programs Organization, brought in 450 guests. State associations, corporate and academic gatherings fill beds midweek as do weddings and galas on weekends.

At the other end of town, the 143-room DoubleTree, under Hilton ownership since September 2017, also has done well in attracting social, military, educational, religious and fraternal groups.

Last year, the hotel hosted about 50 meetings. Occupancy rates reached 69% in 2018’s final quarter, a 9% increase from the last quarter of 2017, says Lorne Taylor, the hotel’s director of sales and marketing.

In this year’s first quarter, business was up again by about the same percentage from the first quarter of 2018. “It’s been a wonderful start to the year,” Taylor says.

Harrisonburg’s transient occupancy taxes support the hotels’ upbeat reports. Karen I. Rose, the city’s commissioner of the revenue, says that sales tax from Harrisonburg hotels was $483.3 million last year, up nearly 10% from $440.1 million the year before. 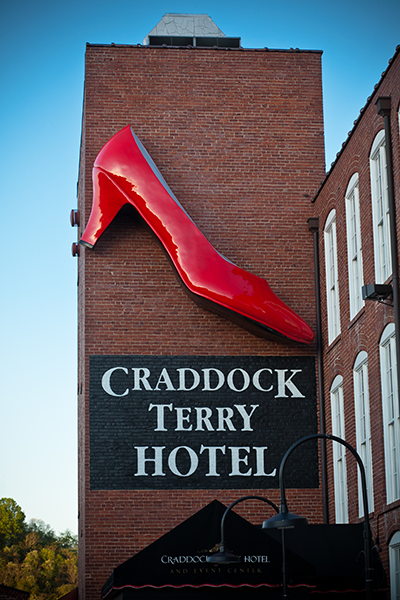 In Lynchburg, the 40-room Craddock Terry Hotel & Event Center has “had a huge impact on the trajectory of the downtown,” says Anna Bentson, assistant director of the city’s Office of Economic Development and Tourism. The boutique property, which has been open for more than a decade, is housed in a former shoe factory. That quirky ambience helped it attract more than 100 meetings last year, says Kimberly Christner, president and CEO of Williamsburg-based Cornerstone Hospitality, the hotel’s parent company.

The Craddock Terry can handle up to 200 people for a meeting and also hosts many weddings and rehearsal dinners. Its occupancy rate, Christner says, was an enviable 80% last year.

“People want to get out of the concrete jungle and big, mega-hotels,” she says. “Here, they can go downtown and walk and shop. There’s not a lot of branded-franchise stuff.”

Across town, two longtime restoration efforts helping to raise Lynchburg’s profile for visitors came to fruition last year. After many years of fundraising, the Academy Center for the Arts, built in 1905, was able to host events in its restored 800-seat theater. Meanwhile, the Virginian Hotel, a property that dates back to 1913, also opened its doors after a $30 million renovation. The hotel now offers 115 rooms and 8,000 square feet of meeting space, including a ballroom with a sweeping staircase and a 32-foot vaulted ceiling.

Although these venues have not been open long enough to measure their effect on Lynchburg’s economy, their arrival already has begun paying dividends, Bentson says. For example, by joining forces, the Craddock Terry and Virginian hotels, the downtown Holiday Inn and the arts center were able to accommodate the Virginia Association of Museums, which brought 500 people to town for four days in March. 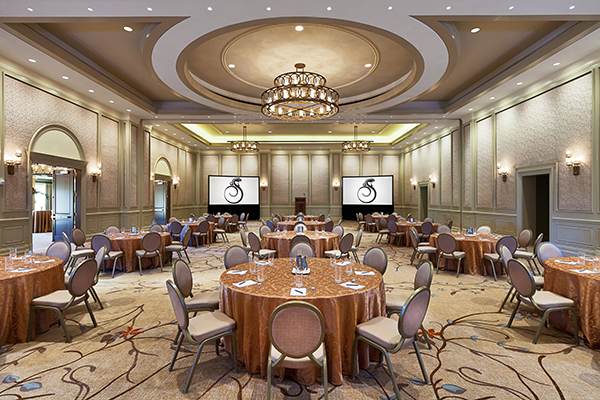 In Middleburg, the 168-room Salamander Resort and Spa has been a game-changer for a town that traditionally has been long on hunt country charisma and short on accommodations. The resort is on a scale not seen in Middleburg before it opened in 2015. The Salamander has 20,000 square feet of indoor meeting space — including a 4,500-square-foot ballroom — with additional space available outdoors.

Unlike the other burgeoning hospitality markets in Virginia, which are largely regional, the Salamander has a national and international client base, thanks, in part, to its proximity to the Dulles corridor. The Salamander’s profile was raised even higher when Forbes Travel Guide awarded the resort its top rating, five stars. The Forbes honorrecognizes “very distinguished service,” says general manager Reggie Cooper. Only 210 properties worldwide have earned the five-star distinction, and in Virginia, only three have qualified by scoring 90% or better on a list of 900 criteria — the Salamander, Keswick Hall and Golf Club and the Inn at Little Washington.

Cooper says that in 2018, the resort hosted 200 meetings and 75 weddings, including five that took over the entire property. He declined to share more specifics other than to say it was a record year for the Salamander and this year looks strong.

Referring to inn owner Sheila Johnson he says, “Ms. Johnson’s intention was that the Salamander would be the best of the best. … Our setting and our structures, and our very personalized service are what separates us from the crowd.”

In Staunton, Sheryl Wagner, the city’s director of tourism, says that meeting planners are choosing her city because of its walkability, and its ability to offer unusual experiences, such as seminars and presentations at the American Shakespeare Center. Partly in response to this rising level of interest from event organizers, three hotels opened in the city last year — The Blackburn Inn, Tru by Hilton and Fairfield Inn and Suites by Marriott — while  a fourth, the Stonewall Jackson Hotel and Conference Center, underwent extensive renovations.

These properties added 237 rooms to the city’s inventory, and the metrics reflect that increase. From fiscal year 2017 to FY ’18, Staunton’s lodging taxes rose 5.8%, and the average daily rate increased by 4.5%. The city’s revenue per available room grew 5%, far outpacing the average growth for the nation (2.9%) and Virginia (1.3%).

Guests at the Blackburn, housed in a renovated building dating back to 1828, “embrace the history” of the 80-acre property, says Lacy Peterson, the inn’s general manager. Right now, the 49-room inn, which opened last June, has meeting space for only about 45 people, and its clientele is mostly corporate, academic and religious groups, with retreats being popular as well. Peterson says that when a second phase of renovations is completed in 2021, the Blackburn will be able to accommodate meetings as large as 150 people.

Damon Strickland, general manager of the 124-room Stonewall Jackson Hotel and Conference Center, says that his property’s historic ambience also has been crucial to its ability to attract corporate guests, government agencies and associations. Group bookings account, on average, for about a third of the hotel’s revenue and almost three-quarters of its food and beverage income.

Both Staunton properties are proud of the amenities they have on site, yet a look at their marketing strategies shows how avidly they promote not just their own bona fides, but also the attractions outside their doors.

Richmond area's largest hotel corporation will share space in the building with the newspaper.

The property will be converted into a youth center.