While MicroStrategy may be hogging the bitcoin limelight lately, two other Virginia companies recently made their entrances onto the cryptocurrency stage.

On Feb. 3, Charlottesville-based Blue Ridge Bankshares Inc., the parent holding company of Blue Ridge Bank, announced that its customers are now able to purchase and redeem bitcoin at its ATMs, making it the first commercial bank in the country to allow such transactions.

Since February, Blue Ridge Bank cardholders have been able to conduct bitcoin transactions through 19 of the company’s ATMs around the state, and plans are underway to enable more ATM locations throughout the year. (ATMs at Richmond-based Bay Banks of Virginia Inc.’s Virginia Commonwealth Bank, which Blue Ridge merged with earlier this year, will eventually have this capability also). Both Blue Ridge and BluePoint earn ATM fees from the transactions; they declined to disclose the financial terms of the agreement.

“The ATMs that we have with this functionality are no different than any other ATMs that a bank or a credit union would utilize,” says Plum, adding that cryptocurrency transactions on the machines have been light so far. “We’re admittedly a little ahead of the demand for what we’re providing,” he says, “but we knew that” going into it.

While Blue Ridge may be a newcomer to the bitcoin game, BluePoint has offered the service at some of its other ATMs — such as those at high-end hotels — for more than a year. BluePoint CEO Wade Zirkle says he primarily serves smaller financial institutions such as credit unions and community banks, as well as the hospitality industry.

Through LibertyX, BluePoint offers “a close-ended system that’s secure from outside hacking” to purchase bitcoin, Zirkle says. These ATMs have the same transaction limits of a traditional ATM, with a limit of $5,000 per day. Bitcoins are currently valued around $60,000, but just like purchasing bitcoin through an app, it’s possible to buy and sell fractions of a bitcoin. The advantage of using an ATM instead of the apps to conduct bitcoin transactions, they say, is that the machines offer bitcoin access to less tech-savvy customers in a familiar format.

Plum says that the safety and security of his customers is top of mind. As such, though the bank’s ATMs are the point of access, the transactions are handled by BluePoint and don’t directly link to the bank’s ledgers.

He believes cryptocurrencies seem like a natural evolution of where money is going, particularly cryptocurrencies backed by sovereign entities. “It appears bitcoin has established — or crossed — some threshold to establish itself as having staying power,” Plum says.

Steven Yeakel, president and CEO of the Virginia Association of Community Banks, says Virginia bank leaders he’s spoken with are curious about digital currencies, but aren’t yet willing to make the leap: “They’re looking and they’re thinking, but nothing else just yet.”

Plum says he’s received plenty of interest in the bank’s latest move from the CEOs of several banks and credit unions.

“My expectation … is that we will not be the only one offering it for very long,” he says. 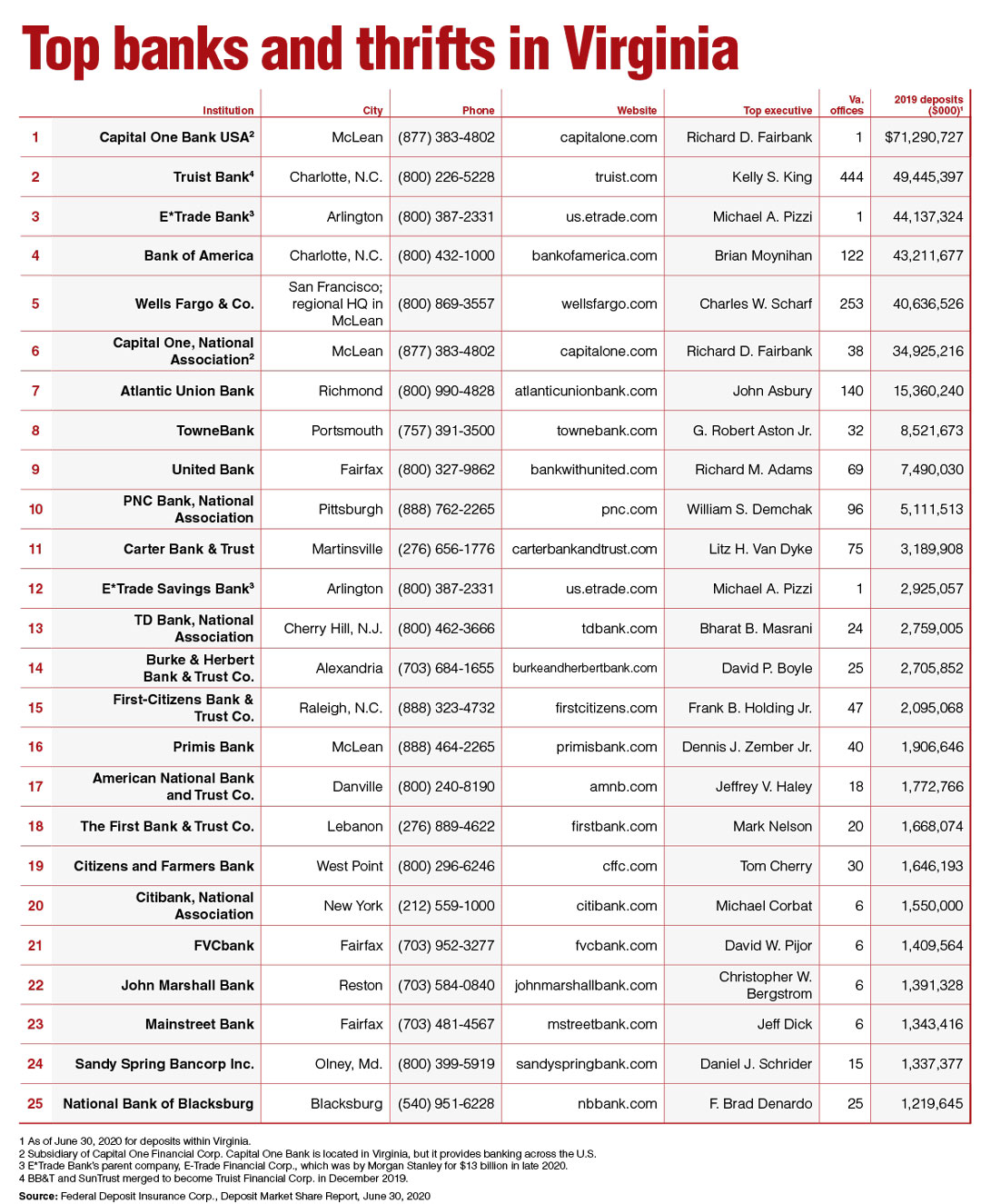