Home News Axios to be sold to Cox Enterprises for $525M

Axios Media Inc., the Arlington-based digital media company and news outlet, announced Monday it will be sold to investor Cox Enterprises Inc. for $525 million in a deal reached Sunday. The company is expected to reach $100 million in revenue this year, it says.

According to Axios, its three co-founders — CEO Jim VandeHei, President Roy Schwartz and journalist Mike Allen — will retain three seats on the media arm’s board, along with Cox Chairman and CEO Alex Taylor, and Cox will control that board.

Meanwhile, Axios HQ, the company’s software division, will be spun off into a separate company led by Schwartz. Axios HQ has some seed capital, Axios says, and it plans to raise money next year to grow independently. This year, the division is expected to bring in $6 million, and it has more than 300 clients.

According to Cox, VandeHei will be Axios HQ’s board chairman, and Schwartz will be its CEO. Cox will be the sole minority investor in the spinoff.

“We have found our kindred spirit for creating a great, trusted, consequential media company that can outlast us all,” VandeHei said in a statement. “Our shared ambitions should be clear: to spread clinical, nonpartisan, trusted journalism to as many cities and as many topics as fast as possible.”

Axios was formed in 2017 after VandeHei and Allen co-founded Politico a decade earlier. Known for its bullet-point news style, email newsletters and brevity, Axios has increased its reach from the Washington, D.C., area to other U.S. locations. Axios Local is in 24 cities — including Washington and Richmond — and runs local newsletters; according to the announcement Monday, Axios plans to expand its coverage to 30 cities by the end of this year and, ultimately, hundreds of cities.

Cox, based in Atlanta, has a strong presence in Virginia and in 2019 sold local TV and radio stations to a private equity firm Apollo Global Management, although it retained the Atlanta-Journal Constitution.

This is the third time Axios has come close to being sold; in 2021, a deal with German publisher Axel Springer fell through, and The Athletic and Axios were in talks to merge via a special purpose acquisition company. Cox stepped in as an investor in fall 2021.

According to Axios, the deal with Cox is expected to close within a few weeks.

“With so much happening in the world, Axios plays a critical role in delivering balanced, trusted news that people need,” Taylor said. “Our company started in the media business, and we have always had a passion for journalism. Bringing a forward-thinking organization like Axios into Cox Enterprises is exciting for us on many levels, and we look forward to helping them continue to scale and grow.”

WSJ reports Axios is eyeing merger with the Athletic

Arlington news website would go public through SPAC, according to news reports 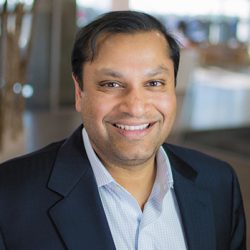