According to reports, parent company may sell 40% of stake in U.S. subsidiary

In a Feb. 19 statement the company said it “is evaluating the possibility of proceeding with the listing of Leonardo DRS,” but that a formal decision has not yet been made. The statement was released after a request of the Italian stock market regulator CONSOB.

According to Reuters, the $2.54 billion IPO could take place in March and would include a cash call and a sale of 40% of Leonardo’s stake in the Arlington subsidiary, which the company bought in 2008 for $5.2 billion, including $1.27 billion in debt. Leonardo’s board may meet this week to discuss the matter.

Leonardo DRS, the largest U.S. subsidiary of the Italian defense/aerospace conglomerate, is a prime military defense tech contractor with an annual revenue of $2 billion. Many of its projects are for the U.S. Army and Navy and the U.S. intelligence community, and in 2020, the company won several significant bids, including a $120 million U.S. Navy contract to provide engineering design and test software for aircraft protection systems. 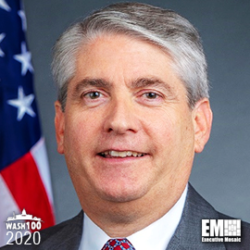