History and academic prestige spring to mind when people mention William & Mary, the second-oldest university in the United States, created when its British monarch namesakes signed its charter nearly 329 years ago.

However, “research” is not necessarily the first thing that comes to mind when people think about the public ivy in historic Williamsburg, and William & Mary would like to change that. The state-funded research university is ramping up that part of its game, with a goal of better positioning students for the ultra-competitive job market awaiting after graduation.

A key part of the strategy is getting undergrads working on research projects with businesses, nonprofits and government agencies. Those efforts have ranged from partnering with U.S. intelligence agencies on satellite imagery projects to teaming with environmental groups to study the diamondback turtle.

“You don’t do research to become a researcher,” says Dan Cristol, a biology professor and director of faculty-mentored undergraduate research at W&M. “Think of research as a form of job preparation.”

Cristol and others want to sharpen students’ skills beyond the results achieved from individual research projects. Perhaps the most valuable skill to prospective employers is the ability to solve problems.

Ardine Williams, vice president for workforce development at Amazon.com Inc. and a member of W&M’s board of visitors, says techniques learned from research projects give those students a leg up during their job searches.

“Amazon looks for people who are critical thinkers — people who roll up their sleeves to solve problems for customers,” she says. “We find that interns and new graduates with real-world research experience bring excellent problem-solving skills. They’ve had experience working toward a solution when there is not a clear path. Those who work in research are comfortable with that ambiguity.”

Exposing younger classes of students to the challenges of research means success is not always the initial outcome. And that can have a silver lining.

“Undergraduate [research] is often a constant stream of failures,” Cristol says. “Equipment fails, data don’t look like you expected, someone else beats you to the punch. Sometimes these are the first real obstacles our students have had to overcome. That’s preparation for life and careers, not just more research.”

W&M is still best known as a liberal arts school and boasts the distinction of being just one of eight “public ivy” universities — an informal title bestowed upon state universities that have similar experiences and standards as their private Ivy League counterparts. It regularly ranks in the nation’s top 10 for best value among public schools and for faculty-to-student ratio (12-to-1).

But lately, W&M is starting to get noticed for its research as well. Forbes ranked it No. 41 among American research universities in 2021. About 80% of undergraduates participate in research at William & Mary, according to Forbes.

Much of that work is taking place in W&M’s Integrated Science Center. Opened in 2008, the 230,000-square-foot center has, like most structures on campus, a traditional brick exterior. But this one’s a bit different, starting with a courtyard that features a set of “aquatic mesocosms” — ponds that contain a variety of miniature ecosystems, with plants, goldfish and maybe even a frog or two.

Halls are wallpapered with project posters, data charts and peer-reviewed work co-authored by undergrads — including some written in the almost-foreign language of science. One paper focuses on fish peptides with anti-cancer properties.

Not everything in the center requires translation, but many of the center’s innovative research programs do need explaining — such as its projects for iGEM, which stands for International Genetically Engineered Machine and is a worldwide annual competition focusing on research projects in the field of synthetic biology.

W&M has performed well in the iGEM competition, sometimes called the World Cup of Science, winning in 2015 and placing
second in 2017. In November, the undergraduate team won a gold medal and was nominated for an award at the iGEM Giant Jamboree. The team’s projects involve biology, chemistry, engineering and math.

Asked how he’d describe the projects for the synthetic biology competition to an outsider, iGEM team member Justin Berg, a sophomore from Connecticut, says: “We design sequences of DNA that tell bacteria to do certain things, which means when we insert the DNA into bacteria, we can use those bacteria to solve real-world problems. For example, you could design bacteria that are able to break down plastic waste.”

The term “real world” is frequently heard in the W&M research community because the faculty want students to tackle projects that, as Cristol puts it, are more “professional” than “amateur.”

“Student research can be done in two ways,” he explains, “either with the real possibility of generating new knowledge for the world, which is what professional researchers do, or solely as an educational experience for the student.

“Both are extremely valuable. At William & Mary, students often do professional-level research and publish the results if they create new knowledge. At many liberal arts institutions, student research is purely an educational experience.”

The end result, ideally, is for students to make an impact on the world with their research, not just in classroom settings.

Also formed in 2008, William & Mary’s Center for Geospatial Analysis focuses on analyzing data and mapping the results. Students in the program have been known to have some fun with their work: While chasing down a rumor that 25% of W&M students marry someone else from the university, one group of researchers mapped out where couples might meet and fall in love on campus.

One of the university’s newest initiatives, launched earlier this year, is the Institute for Integrative Conservation, which pairs students with internships at conservation nonprofits.

Then there’s the geoLab, founded in 2017 by Dan Runfola, an assistant professor of applied science and director of graduate studies. The lab’s main objective is “leadership,” Runfola says. “Rather than focus on research as an outcome, we focus on it as a process. Students learn how to lead a research project, rather than how to conduct research as an individual.”

In the geoLab, Runfola says, students mostly run the show.

“Our core consideration before taking on nearly any project is if students can take on ownership,” he says, “i.e., for the success or failure to be dependent on the decisions that our undergraduate leaders make.

“This strategy is fundamentally different from other models I have seen in academia. Normally, students are kept a step away from the real decisions, and thus students don’t truly ‘own’ the project.”

In the past five years, students in the geoLab have partnered with NASA, the National Geospatial-Intelligence Agency and the Bill & Melinda Gates Foundation. Runfola says the lab’s students represent a wide range of majors — from data science to international relations, linguistics, English and art history — and have landed jobs at Intel Corp., Google, Capital One Financial Corp., Booz Allen Hamilton Inc. and Deloitte.

Olivia Hettinger, a junior from Memphis, Tennessee, is the lab’s current director. When she arrived at W&M, Hettinger recalls, she was surprised by the reach of the school’s research programs. “I ended up getting involved in research my first semester,” she says, “but I had no idea how much in-depth experience undergraduate students get here. I also thought that because I was planning to be an economics major that research wasn’t accessible to me, but we do research in every department.”

Jason Lin, a senior from Richmond, has worked extensively with satellite imagery and has a software engineering job waiting for him after graduation. During a recent internship, he says, his managers were impressed with the advanced level of research he’d already done: “One of them asked if I was a Ph.D. or graduate student.”

Cristol has two offices on campus; his favorite is on the second floor of the Murray House. The white, wooden building stands in sharp contrast to the brick and glass of the Integrated Science Center a couple of blocks away.

Checking the computer at his standing desk, Cristol rattles off statistics about the rate of research involvement by W&M undergrads and their postgraduation successes. Adding an unscientific opinion, Cristol says he thinks the W&M brand appeals to a special “flavor” of student, which serves them well in getting ahead.

“William & Mary tends to attract students who are not afraid to admit that they work hard and want to make a real difference in the world,” he says. “They get so much more career preparation out of their college years than a student who only attends classes and joins clubs.”

Another point of emphasis is the ability to communicate clearly — especially when trying to land that first job out of school.

“Employers are looking for graduates who can articulate their accomplishments, can bounce back after failing at risky projects [and] can use critical-thinking skills to solve novel problems,” Cristol says. “And this is exactly what undergraduate researchers do.”

Sidonie Horn, a senior from California, has worked on several projects involving conservation groups — including one with a research partner in Mongolia. Horn already has a job lined up as an analyst with a New York company.

“All of my projects involved some form of presentation, which has taught me how to communicate technical information to a nontechnical audience,” she says. “These are things I brought up during job interviews.”

Amazon’s Williams says W&M’s reputation as a liberal arts school is a plus when it comes to blending that mission with research: “When you combine the depth and breadth of a liberal arts education and the disciplined exploration and innovation of a global research university, you are preparing graduates to be agile and successful in a rapidly changing workforce.”

The second-oldest university in the United States, William & Mary was established in 1693 under a royal charter signed by King William III and Queen Mary II of England, Ireland and Scotland. It became a public university in 1906.

Stretching across 1,200 acres in downtown Williamsburg, William & Mary’s campus includes the Martha Wren Briggs Amphitheatre, Lake Matoaka and College Woods. Its circa-1695 Wren Building is the oldest U.S. university building still in use. 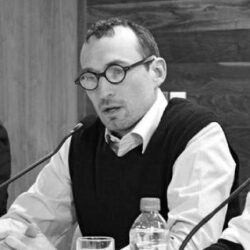