Former Deputy Secretary of Commerce and Trade Angela Navarro will be appointed to fill the State Corporation Commission’s open commissioner slot, Gov. Ralph Northam said Wednesday. An attorney, Navarro is expected to be appointed in early January, the governor said.

Although the governor can appoint commissioners, Navarro must be approved by the state Senate and the House of Delegates to remain in the judicial seat, one of three appointments for six-year terms.

Navarro will replace Mark Christie, the chairman of the SCC, who was confirmed as a member of the Federal Energy Regulatory Commission this week by the U.S. Senate. He is set to take the oath of office as a FERC member Jan. 4 but remains a member of the SCC until that time.

Before serving as deputy commerce and trade secretary under Northam until October, Navarro was deputy secretary of natural resources under Northam and former Gov. Terry McAuliffe from 2015 to 2018. She also practiced law with the Southern Environmental Law Center, where she was the organization’s lead attorney on energy matters in Virginia.

Navarro would join Jehmal Hudson, who was appointed by Northam in June and took office July 7. He, too, must be approved by the General Assembly during its regular session next year. Judith Williams Jagdmann is serving her third term as commissioner and was the state’s attorney general from 2005 to 2006. Hudson was previously director of government affairs at the Federal Energy Regulatory Commission and was vice president of government affairs for the National Hydropower Association, and Jagdmann was deputy attorney general in the state’s civil litigation division.

The Virginia Energy Efficiency Council voiced its approval of Navarro’s appointment, crediting her with helping create the Virginia Clean Economy Act passed by the General Assembly this year. “The governor’s announcement today is welcome news for the energy efficiency industry in Virginia,” VAEEC Executive Director Chelsea Harnish said in a statement. “As one of the authors of this transformative legislation, having Ms. Navarro overseeing its successful implementation will be crucial in the coming years.” 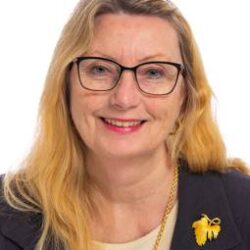