An overview of Hampton Roads

Hampton Roads is the state’s second-most populated region, with approximately 1.75 million residents in 17 localities, including Virginia Beach, the state’s largest city by population with about 459,000 residents, according to the 2020 population count.

More than 120,000 active-duty and reserve members of the military, as well as civilian personnel, work at nine installations representing five of the six military branches. The Port of Virginia is the third-largest container port on the East Coast, with 13.7% of its market share. The region also has more than a dozen colleges and universities, as well as a major tourism industry in recovery from the coronavirus pandemic.

Due to pandemic-driven delays in U.S. Census reporting, the numbers here reflect the most recent demographic data available — often, they are estimates from 2019 based on the 2010 Census. 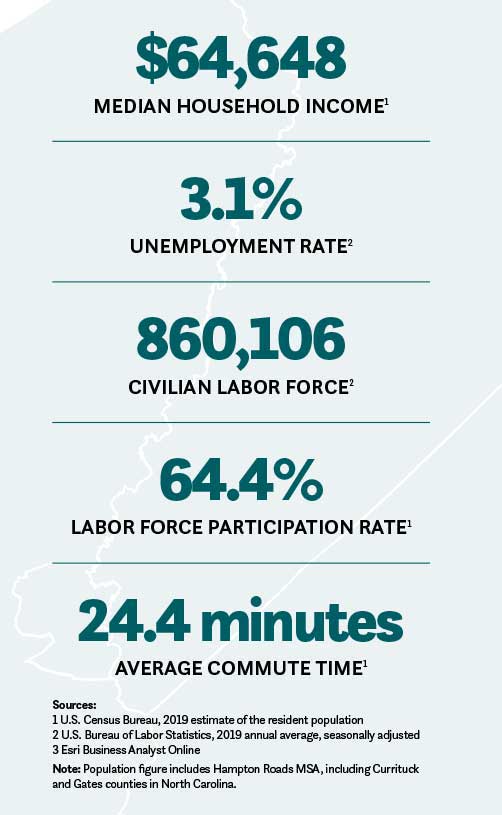 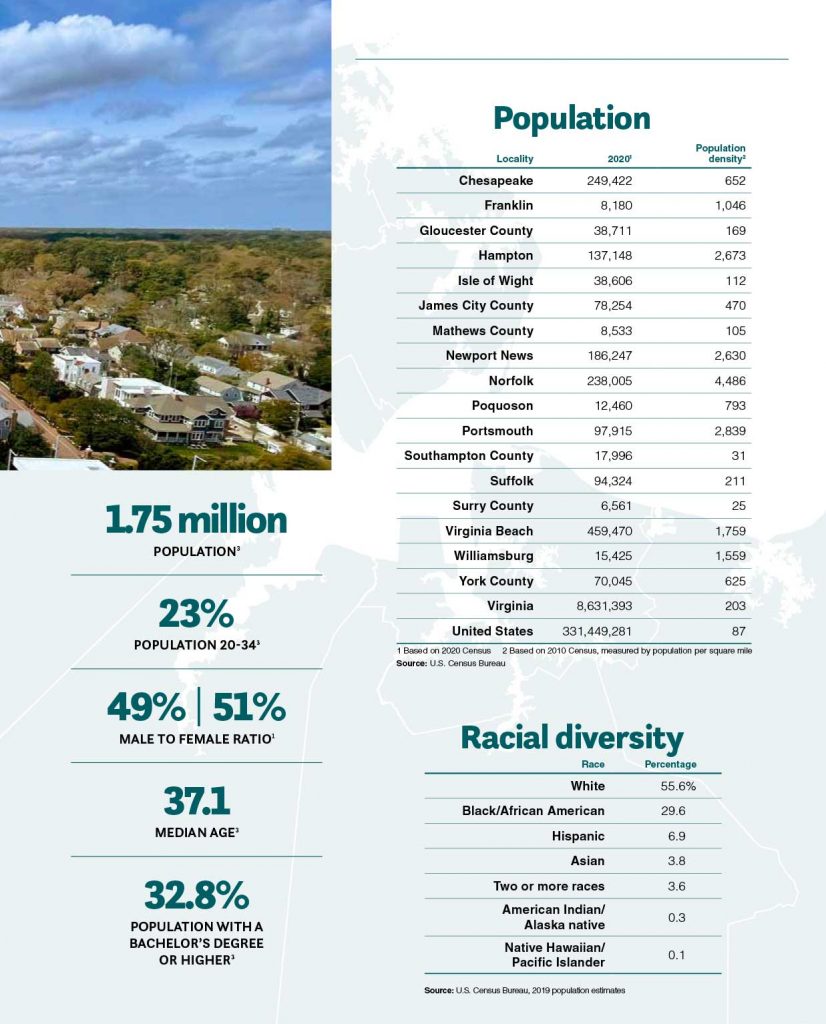