Home News Industries Education An architect of a rebuilt city

An architect of a rebuilt city

“Over the past 20 years, VCU’s capital projects have sustained neighborhoods during economically difficult times. Between 1996 and 2013 — beginning near the peak of a violent crime epidemic and extending through the nadir of Richmond’s population loss and the Great Recession — VCU invested more than $1.6 billion in its Monroe Park and MCV campuses.”
— Draft of Virginia Commonwealth University’s new strategic plan, “Quest 2025: Together We Transform”

This year is the 50th anniversary of that unlikely merger. RPI was known largely for its quirky art school, while MCV was a sober bedrock of the state’s medical heritage.

It took years to make the marriage work, but it has. In the process, VCU — with a total enrollment of more than 31,000 students — has changed the face of Richmond, especially since the 1990s when the university’s building efforts began in earnest.

Brian White, a real estate developer with the local firm Historic Housing, remembers his hometown before VCU began an almost block-by-block reinvention of its campus in central Richmond.

“I grew up in Richmond and graduated from [high school] in the late ‘80s when Richmond was just a mess,” White says.

He recalls venturing onto a block of West Grace Street next to the VCU campus that then featured an X-rated theater and a biker bar. “I was mugged on Grace Street when I was 15,” White says.
Now, West Grace is one of VCU’s success stories, with dormitories, a campus theater and eateries. The street has become a symbol of the construction campaign at VCU begun by Eugene P. Trani, who became the university’s president in 1990.

‘Trani Town’
Trani almost immediately began pushing through a remake not only of Grace Street, but also the West Broad Street area paralleling the VCU campus.

One VCU official recalled finding bullet casings, drug paraphernalia and other detritus on a preliminary walk-through of the area.

The West Broad Street initiative signaled that, amid a tide of homicides — peaking at 161 in 1994 during a crack cocaine epidemic — and a cratering of Richmond’s central business district, VCU was placing a bet on better times.

Replacing old buildings and filling vacant spaces, VCU largely used proceeds from general obligation bonds to build a 114,000-square-foot School of the Arts building, which was dedicated in 1999. The school has since become a flagship for VCU’s ambitions. In the latest U.S. News & World Report rankings, VCU tied UCLA for the top spot for graduate fine-arts programs at U.S. public universities. The two public schools ranked second overall behind Yale.

The arts school was part of a VCU initiative along a six-block corridor of West Broad Street. The corridor also includes the Stuart C. Siegel Center (the consistently sold-out arena for VCU’s men’s basketball team), a sports medicine building, a 396-bed dormitory and the university bookstore.

VCU has become the city’s largest developer, and its expansion continues unabated.

In October, VCU President Michael Rao told Richmond’s Forum Club that since 2009, when he succeeded Trani, the university has had construction projects totaling 5 million square feet worth $2.1 billion.

Over the years, VCU’s expansion efforts occasionally have encountered opposition from its neighbors.

Perhaps the best-known example occurred nearly 30 years ago when the university was planning to expand into the historic Oregon Hill area. 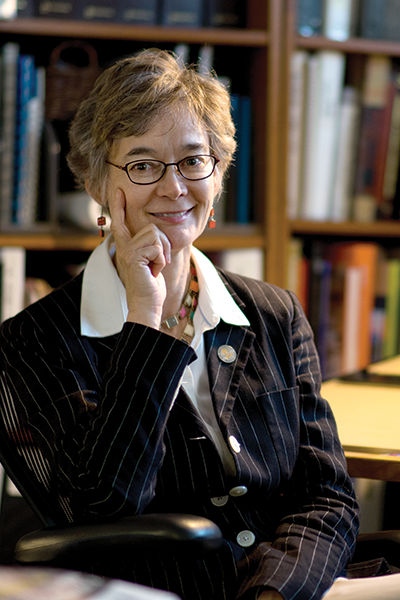 University Architect Mary Cox recalls that, when Oregon Hill residents learned of those plans in 1989, the disclosure set off a furor.

“One of the first bold gestures of the 1996 master plan was to move VCU north toward Broad Street,” Cox adds.

Another prickly problem came as the VCU Health System’s expansion began encroaching on the Museum of the Confederacy and the adjacent White House of the Confederacy, a 200-year-old structure where Confederate President Jefferson Davis lived during the Civil War.

Last year, the Heath System purchased the museum building for $6.25 million, as the museum consolidated its holdings with those of the American Civil War Museum.
The White House of the Confederacy was not affected by the purchase.

ICA and other projects
VCU’s golden anniversary has unleashed a new series of projects. Its capital projects spree began in April with the opening of the Institute for Contemporary Art (ICA) — the biggest funded project in the university’s history.

The $41 million structure, designed by renowned architect Steven Holl, was named one of the most highly anticipated buildings of the year by Architectural Digest.

In the spring and early summer, VCU and its health system began other projects, including:

In August, the university opened the doors on a $96 million residence hall that will house 1,518 students on 12 floors. Texas-based American Campus Communities — in a public-private partnership with VCU — designed and built the residence hall and will run it under a 50-year operating agreement.

The university says that the partnership will allow the university to preserve VCU’s debt capacity for other projects.

“If we can get a private developer to come in and operate it … then, that’s debt capacity that we can use for other things,” says Dave Goodwin, director of financial services for the university’s division of facilities management.

As of late July, VCU’s outstanding debt was about $450 million. A March 2017 credit report from Moody’s Investors Service, a credit rating agency, concluded that VCU’s debt was “manageable” and gave the school a favorable credit rating, Aa2.(The university is constantly repaying debt as well as borrowing, so its debt numbers are in constant flux.) 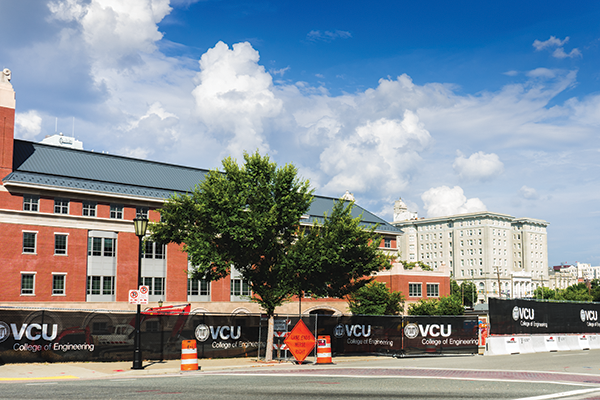 By 2017, Richmond’s population had rebounded to an estimated 227,000, with a median age of 33 — a reflection of the torrent of millennials who have swept into the city in recent years.

Growth on the university’s downtown Medical College of Virginia campus and the creation of the nearby Virginia Bio-Technology Research Park also have helped stabilize downtown after the loss of many businesses in the 1990s, including two major department stores, Thalhimers and Miller & Rhoads.

“VCU has gone from a commuter to a residential college. That’s been huge for the university and for the urban core,” says Lucy Meade, marketing and development director for Venture Richmond, a city promotional group.

Meade says that VCU students, along with empty nesters and working-age millennials, helped fuel a surge in downtown’s population.

That change, in turn, she says, has made the city an attractive place for companies, especially those searching for millennial talent.

Time magazine reported last year that Richmond ranked second in the nation in terms of millennial move-ins during 2010-15. The number of millennials in the city grew 14.9 percent, or by 5,176 people, during that time. The Urban Land Institute, which developed the study, defined millennials as people between the ages of 25 and 34.

Architect Robert Mills, a pioneer in the use of historic tax credits, says VCU was an early advocate of rehabilitating existing buildings. “At the time, this philosophy was operating in unchartered waters,” he says.

Today, Mills says, developers cannot rehabilitate enough downtown buildings to accommodate the demand of people wanting to live in the city. The stock of viable, historic structures for rehabilitation is running short.

“We are facing a new situation in downtown that I never thought would happen in my lifetime — the development of new, contextual infill structures on the empty lots between the rehabilitated historic buildings to meet the demand for downtown housing,” Mills says.

“Weaving contextual infill development within the framework of the existing structures is creating a new, unexpectedly dynamic community in downtown Richmond. VCU is at the forefront of this new wave,” he says.

Trying to fit in 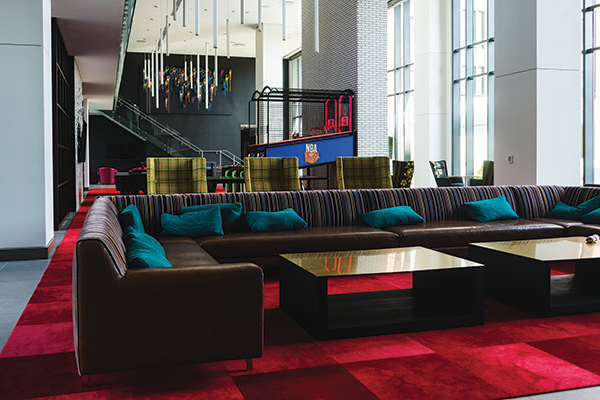 VCU has made a determined effort to house more students on campus. About 83 percent of its freshmen live in VCU housing, and more than 6,600 students reside on campus overall.

In addition, private developers have built apartment complexes nearby because of increased demand for housing that the university has been unable to meet.

Architect Sanford Bond, co-founder and principal of the Richmond firm 3north, says VCU has made enormous progress over the years in the design of its buildings.

“In the ’60s and ’70s there are some unfortunate buildings from an architectural point of view that VCU built. I think now they’re much more sensitive to what they’re building to the urban environment, and I think they’re trying to fit in better,” he says.

Cox, the university architect,  says that because VCU is an urban university in an old city, its two campuses encompass a variety of architectural styles. They range from restored Victorian-era homes to the cutting-edge edifices.

“We will never have a cohesive architectural language like you would find at Virginia Tech or the University of Richmond … and part of the reason for that is, a lot of our buildings we inherit,” Cox says.

“We choose not to take land by eminent domain. We don’t really know where we will be as our footprint grows. We tend to purchase land as it becomes available, and we get what we get.”

Cox says the university once acquired a grocery store and remade it into classroom space. “You would never know,” she says.