About 900 of the 1,000 workers that Amazon announced it would be hiring for the facility are already on the job, an Amazon spokeswoman told Virginia Business.

Located at 5045 Portsmouth Blvd., the Chesapeake center receives and consolidates products from vendors and ships them to surrounding fulfillment centers within Amazon’s network. A similar facility planned for Stafford County will create 500 jobs and is expected to be operational by the second half of the year.

“Amazon has quickly become one of Hampton Roads’ largest and most engaged employers,” Hampton Roads Alliance President and CEO Douglas L. Smith said in a statement. “The opening of this facility in Chesapeake represents yet another milestone in their tremendous growth in the region, aided by the impressive collaboration between our partners in the city of Chesapeake, [the] Virginia Economic Development Partnership and the Port of Virginia. We are confident that this is only the beginning of Amazon’s relationship with the Hampton Roads community.”

Full-time employees at the Amazon facility make $18 an hour, and earn benefits such as a 401(k) with 50% company match and up to 20 weeks of parental leave, the company says.

Amazon has opened facilities all over the commonwealth, first launching its Virginia operations in Sterling in 2006. Since 2010, Amazon has invested more than $34 billion in Virginia through fulfillment centers, cloud infrastructure and research facilities. The e-commerce giant has made 30,000 direct hires and created 96,000 indirect jobs, according to a news release. Amazon is also building out its multibillion-dollar HQ2 East Coast headquarters in Arlington County. 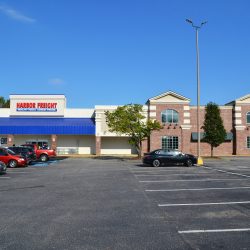