Amazon be nimble, Amazon be quick

When it comes to building warehouses and distribution centers, one company has sought out Virginia over and over again: Amazon.com Inc.

The e-commerce giant began opening facilities in Virginia in 2006 and since then has opened more than 30 facilities in the commonwealth, with more on the way as it seeks to shrink the time between a customer’s click and the delivery of their package — in spite of the nation’s labor shortage and supply chain woes.

Virginia’s economic development officials have made a flurry of announcements of new Amazon fulfillment and distribution centers, which now employ more than 30,000 full- and part-time workers in the state, following the company’s 2018 decision to build its East Coast headquarters — HQ2 — in Arlington. The company expects to hire at least 4,000 more people in the commonwealth after current industrial projects are completed during the next two years.

In February, Amazon announced it will bring a 1 million-square-foot, nonsortable fulfillment center to Augusta County, creating 500 jobs. It’s expected to be operational in spring 2023. Before that, in November 2021, Amazon said it would build a 630,000-square-foot facility at Northern Virginia Gateway in Stafford County, set to open in the second half of 2022, creating 500 jobs. A similar facility is planned in Chesapeake, set to open by July. And those are just a few of the recent announcements.

“Amazon operates more than 30 facilities in Virginia, from Norfolk to Bristol and everywhere in between. We are proud to provide jobs for more than 30,000 [workers] while boosting the overall economy,” says Maura Kennedy, Amazon’s economic development manager for Virginia. “Amazon’s success and our ongoing expansion efforts in the Old Dominion are a tribute to the diverse and skilled workers that call Virginia home. I look forward to seeing our continued growth for years to come.”

Some of Amazon’s largest projects in Virginia are set to come online this year, including the 3.8 million-square-foot multistory robotics fulfillment center in Suffolk that is set to create 1,000 jobs. When it opens this spring, it will be the largest industrial building in the state. Meanwhile, in Henrico County, a 650,000-square-foot Amazon robotics fulfillment center is being built on a 119-acre site adjacent to Richmond International Raceway. Set to be finished in October, that project also is expected to create 1,000 jobs.

Amazon has “a pretty significant presence in Henrico, beyond the facility that they’re building,” says Anthony Romanello, executive director of the Henrico Economic Development Authority. Amazon rents space for last-mile delivery in Westwood and near the racetrack, and Romanello says Amazon’s expansion there has been well-received by other county businesses.

“Everything I’m hearing has been very positive,” Romanello says. “There’s a lot of excitement about the project. Certainly right now, in industrial construction, it’s been challenging to find materials [and] to find skilled labor, so when you have a project of this magnitude, it certainly exacerbates the market forces there.”

However, he notes, those challenges were in place before the Amazon project came along.

Compared with industrial projects that require megasites of more than 100 acres, Amazon needs less land for its buildings, says Virginia Economic Development Partnership President and CEO Jason El Koubi. However, the e-tailer does have to have utilities, fiber-optic cable and other “shovel-ready” components in place, Romanello says.

Aside from job creation, Amazon also is having a major impact on commercial real estate, both in creating higher demand for land and causing prices to rise in some markets.

“They’re growing at such a rapid pace, they are singlehandedly driving a lot of demand and taking up a lot of space all on their own,” says Geoff Poston, senior vice president of Cushman & Wakefield | Thalhimer’s Hampton Roads industrial group.

Amazon mostly leases property, but sometimes the company buys land, though Poston expects the company will acquire more properties once the pandemic-driven demand for warehousing slows down.

Going back to 2020, he points out, five of the top six commercial real estate deals in the Hampton Roads region that year were made by Amazon.

“It’s pretty astonishing for our market,” he says. “Hampton Roads is the 38th [largest] metro [area in the nation], and to have them take down that much space in our market, it’s got to have an effect. As the market tightens and there is less space, rates will go up and demand gets higher, and there is more competition. Maybe in an indirect way or a small way, they are having an effect.”

For example, Poston says, in Suffolk, land near Amazon’s robotics fulfillment center is at a premium, and individual leasing costs also have been affected by the e-tailer. “They have so much money and are able to afford more and muscle other tenants out if they are competing over a space,” he says. “They’re not afraid to pay.”

Amazon is likely to remain a significant player in the state’s industrial real estate market for some time to come, driving prices up but also increasing interest in Virginia among other companies, particularly in the logistics space.

In essence, says El Koubi, Amazon’s outsized Virginia presence has allowed the state to attract and retain other industrial projects during the past couple of years, “reinforcing the advantages that make the commonwealth a leader in the supply chain industry.” ν 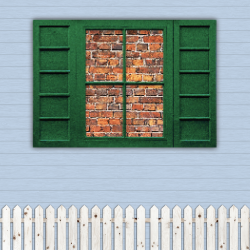