In the wake of growing national concerns about vaping, Henrico County-based Altria Group Inc. on Thursday announced a $4.5 billion writedown on its investment in e-cigarette leader Juul Labs Inc.

Altria last year invested $12.8 billion in San Francisco-based Juul as it looked for growth alternatives in the face of a steadily declining market for cigarettes.

Altria is the parent company of Philip Morris USA, the maker of Marlboro cigarettes, the world’s leading brand.

Since capturing a dominant share of the emerging vaping market last year, Juul has been buffeted by rising health concerns related to e-cigarettes, which have had high usage rates among teens, drawing crackdowns from U.S. regulators. The Centers for Disease Control and Prevention announced Thursday that the number of vaping-related lung illnesses has risen to 1,888 cases and 37 deaths nationwide and in the U.S. Virgin Islands. The CDC has yet to determine a cause for the illnesses, which have not been linked to Juul, and says that some data indicates that black-market vaping products containing THC may be to blame for many cases.

The vaping controversy has been blamed for a drop in Altria’s stock promise and its decision to abandon a proposed reunification with Philip Morris International, a former cigarette subsidiary Altria spun off in 2008.

In its third-quarter earnings report, Altria said it had taken noncash pre-tax impairment charge of $4.5 billion related to its Juul investment.

In taking the charge Altria considered a variety of factors, including increased likelihood of U.S. Food & Drug Administration (FDA) action to remove flavored e-vapor products from the market, as well as potential e-vapor bans by some cities and states in the U.S. and in some international markets.

In a conference call with analysts, Altria CEO Howard Willard said, “The e-vapor category faces a critical inflection point. We must address underage use while also preserving options for the more than 20 million adult smokers who are interested in less harmful tobacco products. We continue to believe that raising the legal minimum age to purchase all tobacco products to 21 at the federal and state levels is the most effective action to reverse the rise in youth vaping.”

Despite the impairment charge, Willard said, “We remain committed to Juul's success. We are pleased with the recent decisions by Juul to change leadership, and we are optimistic about Juul's focus and prioritization in key areas such as establishing industry-leading responsible practices and pursuing regulatory authorization of their products.”

Meanwhile, Philip Morris USA is rolling out another smoking alternative, IQOS, a product that heats but doesn’t burn tobacco. Sales began last month in the Atlanta area and are expected to expand to the Richmond area before the end of the year. 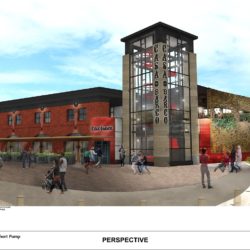