According to a lawsuit filed in the U.S. District Court for the Middle District of North Carolina, Reynolds Vapor, owned by Reynolds American Inc., violated nine patents held by Altria Client Services in producing its Vuse Vapor e-cigarette line. The suit contends that Reynolds’ Vuse brand of e-cigarettes — including the Vibe and Alto — uses heating technology, mouthpieces, batteries and liquid-filled pods covered by Altria’s patents for its Juul e-vapor products.

Based in Winston-Salem, North Carolina, Reynolds American Inc. is owned by British American Tobacco plc, which is headquartered in London.

“Reynolds Vapor has infringed on Altria’s intellectual property and we are seeking financial damages for each of these violations,” Altria Client Services spokesman George Parman said Thursday.

The suit comes weeks after Reynolds filed its own patent-infringement suit against Altria and Philip Morris International Inc. in Richmond’s federal court over its heat-not-burn cigarette line, Marlboro HeatSticks, a competitor of Reynolds’ Eclipse line.

Altria seeks unspecified monetary compensation but asks for “treble damages” — in other words, triple the amount — for “defendant’s willful infringement” of the patents, as well as awards of compensation, supplemental damages after discovery cutoff and attorneys’ fees and expenses. The plaintiffs ask for a trial by jury. No hearing has been set as of Thursday.

In December 2018, Altria purchased a minority stake in San Francisco-headquartered Juul Labs Inc. for $12.8 billion, after discontinuing its own e-cigarette brands.

Juul CEO Kevin C. Crosthwaite, who took the reins last year, is Altria’s former chief strategy and growth officer. Juul, valued at $38 billion last year, has a 64.3% market share of the e-cigarette market, according to a Nielsen survey of convenience stores in May. Vuse is No. 2, with 15.8% of market share, although the line was the nation’s most popular e-cigarette before Juul’s launch in 2015.

Altria’s suit targets Reynolds’ Vuse Alto e-cigarette, launched in 2018 as a competitor to Juul, and the Vuse Vibe, which was pulled from the market in 2018 after reports of a malfunctioning heater. It was relaunched this year with a new heating device and mouthpiece that Altria argues are covered by its patents. Also included in the lawsuit is the Velo product, a line of mint-flavored oral nicotine pouches in a container with a non-hermetic seal and moisture barrier, which was introduced to the market in July. Altria’s U.S. Smokeless Tobacco Co. subsidiary, which sells Copenhagen and Skoal products, including pouches and dry snuff, is also a plaintiff in the suit.

“We are aware of the complaint filed by Altria in retaliation for the patent infringement complaints filed by Reynolds in April for infringement by IQOS of six Reynolds patents,” said Kaelan Hollon, a Reynolds spokesperson. “While we are still reviewing the complaint, we believe it is without merit and will vigorously defend the case and our innovative next generation products.  Reynolds has a long history of innovation and investment in research and development of next generation products like tobacco heating products, oral tobacco and vapor products for adult smokers, and has a robust patent portfolio around its next generation products, as evidenced by the patents we have asserted against Altria. We remain confident in our patent strategy to protect our innovative products and robust intellectual property portfolio.”

The e-cigarette industry has been fraught with legal challenges in the past year, as Juul was accused of marketing its products to teens in 2019, which led to crackdowns from U.S. regulators, including a ban on all flavors except mint and tobacco. California federal prosecutors launched a criminal probe against Juul in September, and 15 California school systems filed suit against the company in January.

Altria invested $12.8 billion in late 2018 to obtain a 35% stake in Juul, but Altria took $8 billion in writedowns on the investment in 2019. Originally valued at $38 billion, Juul saw its valuation by Altria fall to $12 billion in March. Juul saw revenues of $2 billion and losses of about $1 billion in 2019.

The Federal Trade Commission filed an antitrust complaint against Altria and Juul on April 1, alleging that the companies cut a secret deal in fall 2018 that Altria would exit the vaping market. Altria said publicly it was no longer manufacturing its own e-cigarette products due to public health concerns about teens vaping. The companies are also facing a class-action lawsuit filed on April 7 by a Juul customer in California, alleging that the companies have overcharged customers as a result of the deal outlined in the antitrust complaint. 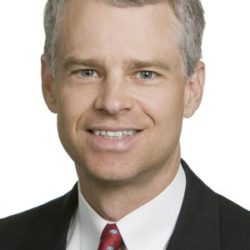