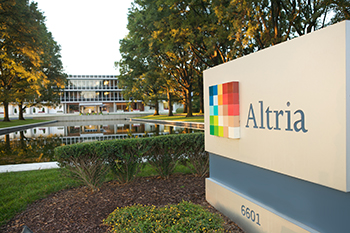 The announcement from the companies came amid news that Juul Labs Inc. CEO Kevin Burns has stepped down from the vaping manufacturer and is being replaced by K.C. Crosthwaite, Altria Group’s former chief growth officer. Altria holds a 35% stake in San Francisco-based Juul, which has come under fire for the high rates of usage of its popular devices among teens.

“After much deliberation, the companies have agreed to focus on launching IQOS in the United States as part of their mutual interest to achieve a smoke-free future,” Philip Morris International CEO André Calantzopoulos said in a statement released Wednesday.

IQOS is a heated tobacco product that has received premarket approval from the U.S. Food and Drug Administration. In the statement, Philip Morris International noted that global data, based on four years of international sales, shows that IQOS is “not significantly appealing to youth or to nonsmokers.” IQOS has been available for sale in 48 international markets and has about 8 million users, according to the company.

Capital One honored by National Gay & Lesbian Chamber of Commerce