Edwards will retain her position as CEO for North America overseeing the company’s business units in the U.S. and Canada. She will also join the Allianz Partners Group’s board of management.

Edwards joined Allianz in 2019 as general manager of the U.S. business unit, then was promoted to CEO of Allianz Partners USA in June 2020 and about a year later, took on the additional role of regional CEO for North America. She has spent 30 years in executive positions at General Electric companies, including 17 years in the insurance industry.

She will split her time between Allianz’s North American headquarters in Henrico and its Paris global headquarters.

Wright also joined Allianz in 2019 and has 17 years of experience in the insurance industry. Before joining Allianz, he worked for Henrico County-based Fortune 500 insurer Genworth Financial Inc., where he was CFO for its U.S. life insurance division. He graduated from the University of Richmond with a bachelor’s degree in business administration and earned an MBA from the University of Maryland.

He will continue to be based in Henrico.

Allianz, which sells travel, health and life insurance, employs about 800 people in Henrico.

Eliminations come at heels of frozen acquisition by Oceanwide

Acquisition by China's Oceanwide Holdings Group had been pending since 2016 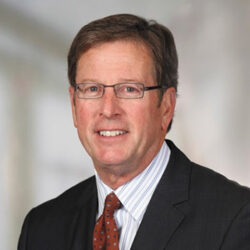